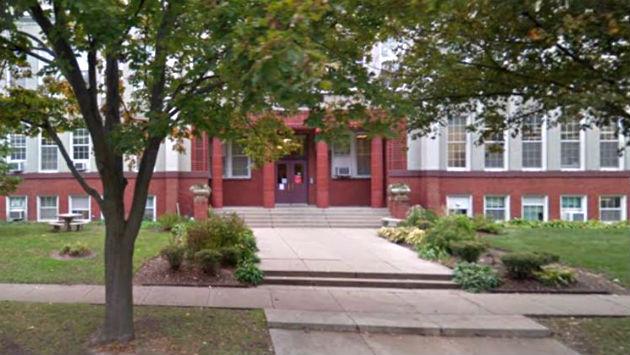 Three parents of incoming kindergarten students at Orrington Elementary School complained to a school board member Wednesday night about overcrowding in kindergarten classes there.

Meeting with board member Candance Chow at a Community Café at the Levy Center, the three said they were concerned to see classes of 28 or 29 students.

“There aren’t enough cubbies for all the kids. Some children have chairs with no backs,” one mother said. “It’s not comfortable or safe.”

The parents argued the district had allowed too many permissive transfers into Orrington.

The Opening of Schools Report showed 44 permissive transfers into Orrington but only 18 out. Distributed across six class years, that would work out to an average of about 1.5 extra kids in each kindergarten class.

The school district targets a class size goal of 21 to 25 students for kindergarten and the district-wide average at the start of this school year was 19.8 students.

Chow said a lot of factors influence enrollment and permissive transfers are used to help manage it. Orrington is one of four elementary schools in the district with an English as a Second Language program, which Chow said may be appropriate for students who live outside the school’s attendance area.

Under the district’s Limited School Choice Program, which includes permissive transfers, students already enrolled who applied for permissive transfer before Feb. 28 will receive a decision in May, before the end of the school year.

The decision for already enrolled students who applied after Feb. 28, or for newly registered students, will be made in July or August.

The parents at the meeting suggested that all permissive transfer decisions be delayed until July or August, when enrollment for the coming school year will be more certain.

The parents also suggested that permissive transfers not be granted to students going from under-enrolled schools to those that are overcrowded.

They also complained that the district had forecast an average kindergarten class size of 17.8 for Orrington, but ended up with an average of 24.7.

Most of that disparity is the result of the forecast anticipating there’d be four kindergarten teaches at Orrington, but the school ending up with only three.

The parents said the school has many children of professors or graduate students who arrive in September or even January and are added to already crowded classrooms.

Chow assured the parents that forecasting was based on trends over the last five to six years, but that they couldn’t accurately forecast how many families with school-age children might move into a school’s attendance area or how many children of professors or graduate students might arrive.