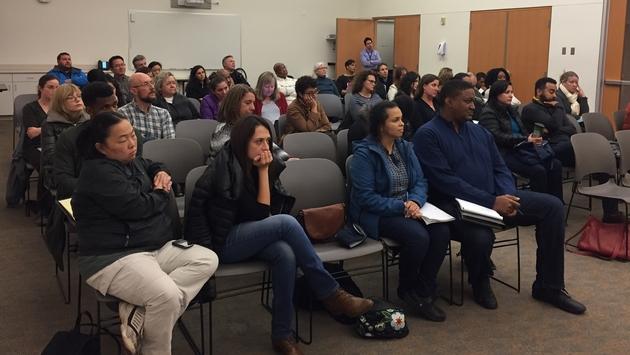 None of 17 speakers backed the plan as presented by staff.  Bessie Rhodes is currently a global-city focused school and is the only one in the district that provides classes in Mandarin. The staff plan would see those classes phased out. 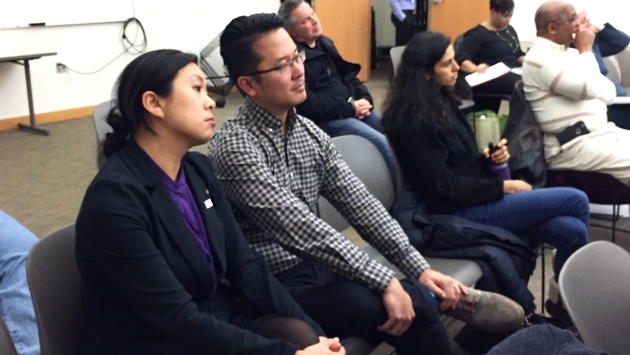 Donna and Kuan Su say they chose Bessie Rhodes for the international perspective and the chance for their kids to learn Mandarin. They say if this plan goes through they will leave. Many other parents at the meeting echoed their concerns.

Others fear phasing in TWI will force many Bessie Rhodes teachers to start looking elsewhere for jobs, knowing they will not be suitable for the bilingual instruction that will be implemented. They say that will lead to instability and disruption at the school. 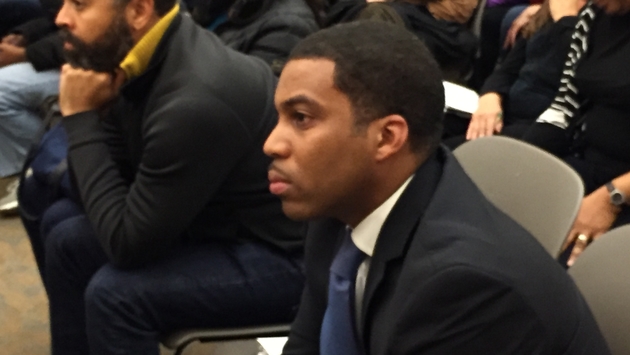 Mya and Henry Wilkins have a daughter in second grade at Rhodes. They said their plan to have their son attend when he’s old enough has been put on hold by the proposed curriculum change. They said the proposal was put together hastily and clumsily and doesn’t have the support of parents.

Alyce Barry of the Organization for Positive Action and Leadership said the plan takes the focus away from more important matters, like the achievement gap facing African-American students. “Why is it OK for some people to be taught to be fluent in two languages when we can’t even teach some of our kids to be fluent in one language?” Barry said.

Board Vice President Anya Tanyavutti said, “We have a staffing model that has supported the capacity to make this recommendation, that has supported the capacity for our district to have a program that is researched based, that is culturally relevant and that has room to grow in terms of hearing from educators and being more culturally relevant but is significantly more supported than ACC or any targeted curriculum for building access for black families.”

Calling the proposal a massive undertaking, board member Lindsay Cohen urged district staff to be fully cognizant of the implications to the Bessie Rhodes community and elsewhere. Cohen wondered what the impact will be on other district schools if a number of parents suddenly pull out of Bessie Rhodes.

Bobby Burns, president of the Evanston Collective, chided the community for being short-sighted with regard to opening a 5th Ward school, which he says would have been a perfect fit for expanding the TWI program.

A referendum to fund creation of a new school in the 5th Ward was defeated by a 55 to 45 percent margin in 2012.

One of the main concerns of the TWI program was having single strands offered at the schools causing isolation. Staff acknowledged this proposal doesn’t address that problem, nor how to expand Spanish immersion into middle school.

Two more information meetings are scheduled at Bessie Rhodes on Nov. 15 and 30 at 6:30 p.m.  The board will discuss the proposal again on Nov. 20, with a vote on the plan to be taken at its Dec. 4 meeting.

Rhodes proposed to get Spanish-English focus (11/3/17)