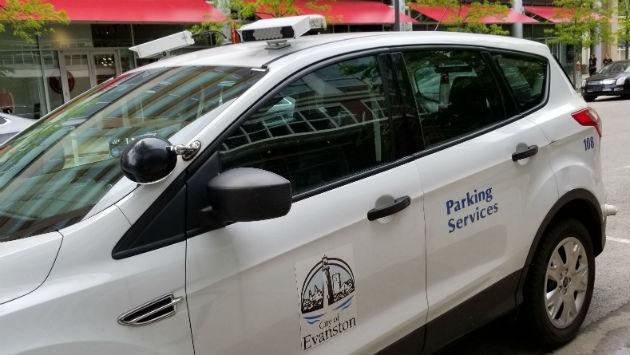 It may seem hard to believe, but tickets issued in Evanston for overstaying time in a metered parking space have actually declined in the first few months of this year compared to the same period last year.

City officials say tickets issued from January through April for overstaying a parking meter or a space controlled by a pay station dropped 22 percent, from 15,466 in 2018 to 12,043 this year. Those numbers also include tickets issued on spaces paid for through the city’s online parking app.

That’s despite claims from local merchants about predatory enforcement in the transition this year from meters to pay stations in some business districts and a column in a local media outlet claiming the new system is creating a hostile environment in the city.

That doesn’t mean the total number of tickets issued is down. Tickets for street cleaning violations are up while unpaid wheel tax tickets are down.

The “all other” category is way up, and Assistant City Manager Erika Storlie says a large share of that increase — more than 4,000 tickets — resulted from snow towing violations issued during the two snow emergencies in January, events that didn’t occur in 2018.

Storlie says the city needs to do “enough enforcement to encourage compliance, but not so much that it discourages use of parking and patronizing of businesses.”

Storlie says parking tickets in Evanston generate about 3 percent of the city’s budget, while in Chicago they produce 7 percent of the city budget. Chicago’s high parking violation fines have been blamed in news reports for driving some residents into bankruptcy.

The Chicago revenue numbers include revenue from automated traffic cameras — a type of device not used in Evanston.

While Evanston’s fine for overstaying the permitted time at a meter is $25, larger cities frequently charge a lot more.

In Detroit, where the meter fine is $45, the City Council is currently considering cutting the fine in half — but only for city residents.

Wondering where you’re most likely to get a parking ticket for any reason?

Storlie says the heat map above shows all tickets issued by parking enforcement officers from Jan. 1 through May 19 this year. Green dots show individual tickets. Where multiple tickets have been issued, the colors shade from yellow to red.

As you might expect, business districts and the area near the Northwestern University campus are among the hot spots.