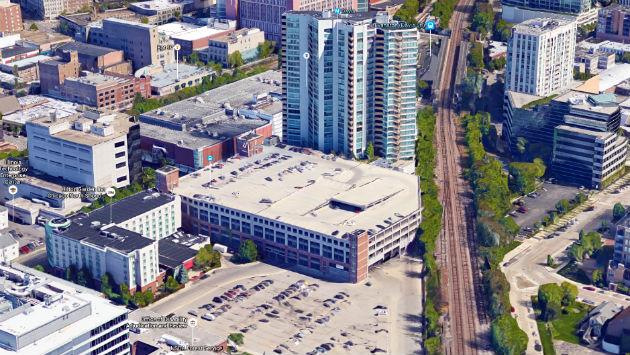 A new study from the Center for Neighborhood Technology says government rules continue to force housing developers to provide an excessive amount of parking, which inflates housing costs.

The latest study looked at 40 market-rate and subsidized housing developments in Chicago and found that at 4 a.m., when most tenants have parked their cars and are asleep in bed, many parking spaces remain empty.

The developments studied provided on average two parking spots for every three units, but at 4 a.m. only half the available slots were filled.

Recently adopted amendments to the affordable housing ordinance reduce those requirements to a range of 0.5 to 1.25 parking spaces — but only for projects in transit-oriented zones that include the affordable units on site.

The CNT study says each underground parking space added to a development can cost as much as $37,300 to build — which raises rents and condo prices. It says the Chicago report confirms findings of similar studies it has conducted in the San Francisco, Seattle and Washington, D.C. areas.

The study praises the recently-approved 1571 Maple Ave. development in Evanston, for the city's agreement with the developer to lease spaces at the city's Maple Avenue parking garage to provide most of the parking required for the 101-unit project. The study says the garage — built to serve commuters and the downtown theater complex — is underutilized overnight when tenants of the new development are likely to most need to park there.