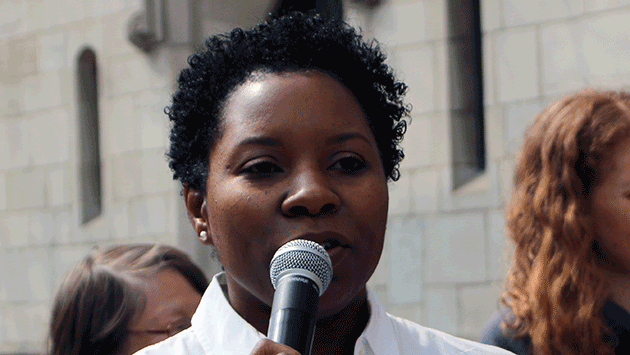 Monique Parsons is the only candidate who has reported a large-dollar donation so far in this year's school board elections in Evanston.

Parsons, who is chief operating officer at the McGaw YMCA, reported receiving a $1,000 contribution last month from Charles Lewis of 2735 Sheridan Road, in her first-time run for the Evanston Township High School board.

Lewis is chairman of the Lewis-Sebring Family Foundation, which donated more than $1 million to fund the new MetaMedia Center at the McGaw Y that opened last month.

In the campaign finance filing, the treasurer of the Parsons campaign, Jerane Ransom, also reported a second $1,000 donation without specifying who contributed it.

Krenice Roseman, the chair of the Parsons campaign, told Evanston Now in an email message Tuesday that was a bookkeeping mistake — the second $1,000 actually came in the form of several smaller contributions from individual donors.

Under the state's campaign finance disclosure regulations candidates only have to file immediate reports of donations of $1,000 or more.

Otherwise reports are only required quarterly, with a filing deadline of 15 days after the end of the quarter.

That means that candidates in the April 7 election generally don't have to disclose what they've raised or spent on their campaigns until after the election is over.

Four years ago when some of the same candidates were running, the only candidate with a $1,000 donation was Ellen Budde, a first-time candidate for the Evanston/Skokie District 65 board.

Candidates don't even have to report their donations and expenditures or that they've organized a committee for supporters if they anticipate they'll spend less than $3,000 on a campaign.

Four years ago the only candidates in the District 65 race who didn't report organizing a committee — Keith Terry and J.B. Rees — lost their races.

This year the candidates who haven't organized a committee are Adrian Dortch and Jennifer Phillips. But one of them has to win — because in this year's District 65 race only four candidates are seeking the three open positions.

In 2011, candidates who did report their expenses on average spent about $6,500 on a school board election in Evanston — or about $2 for each vote they received — with winning incumbents tending to spend somewhat less than newcomers.