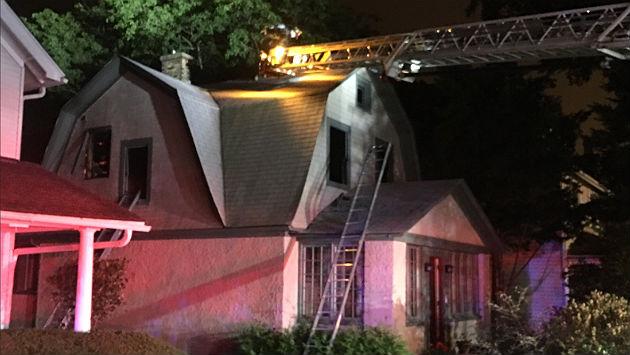 Firefighters from Evanston Engine 23, returning to their station about 12:30 this morning after another call, discovered a fire in a vacant home on Ridge Avenue after they smelled smoke as they drove by.

Fire Division Chief Paul Polep says they turned the engine around and went to work putting out the blaze that had started in a second floor bathroom of the house at 2327 Ridge Ave.

Polep says the building apparently was undergoing renovation. Additional crews were called to the scene to help extinguish the fire.

Information on the cause of the fire and a damage estimate weren’t available this morning. One firefighter was treated and released from the hospital for heat exhaustion.