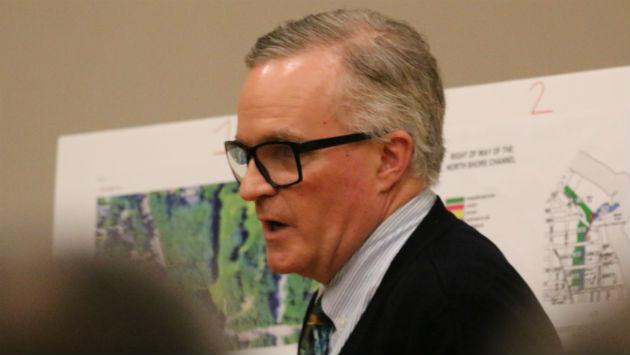 The owners of two isolated parcels of land on the southern edge of Wilmette are seeking approval to gain access to the site by creating a roadway across publicly-owned land in Evanston just east of the Purple Line tracks.

Joe Keefe, whose family owns the land that lays between Isabella Street in Evanston and Maple Avenue in Wilmette, told residents at a 7th Ward meeting Thursday night that the family is prepared to fund the ecological restoration of the easement parcel along the border of the Canal Shores Golf Course in return for permission to build the road.

While Isabella forms the boundary between Evanston and Wilmette for much of its length, at this spot the muncipal boundary is about 300 feet north of the road. 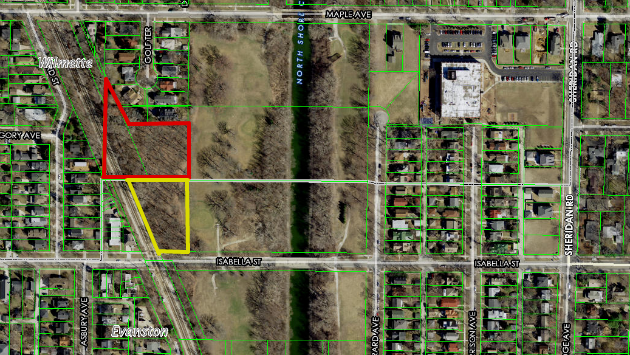 Keefe says the MWRD is willing to agree to the easement but he also needs approval of the city for the easement and the design of the road.

Alderman Eleanor Revelle, 7th Ward, said that if the city were to agree to construction of the road, it would have to be as a private road, with the owners of the homes to be built on the Keefe property responsible for the costs of its upkeep. 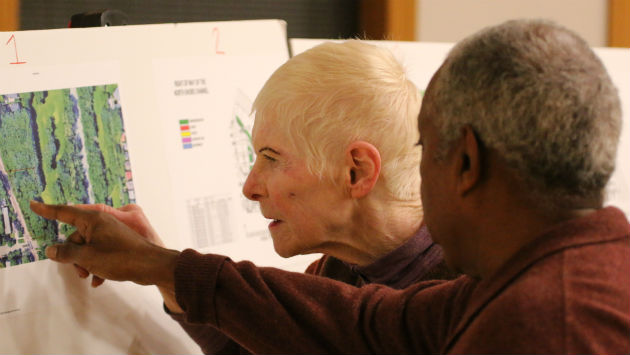 Residents studying an aerial photo of the property before the meeting.

One of the Keefe parcels had formerly been owned by the bankrupt Milwaukee Road railroad. The other was previously owned by a private orphanage.

Some residents at the meeting asked why the Keefe family didn't sell the property to a nature group that would keep it as open space. Keefe said the family was open to that option but no group appeared to be interested in buying it.

He said the family hoped to realize $2 million from the eventual sale of the property to a developer who he anticipated would construct four homes on the land. 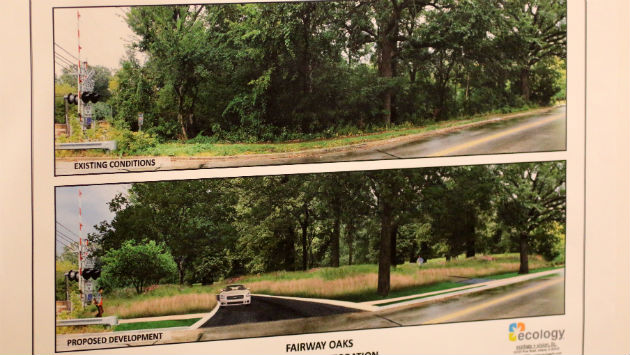 A rendering of the proposed access road shown at the meeting.

About 40 people attended the meeting held in the Parasol Room at the Civic Center. Many speakers seemed skeptical about the benefits of the proposal to Evanston, given that the new homes to be built would pay their property taxes to Wilmette. 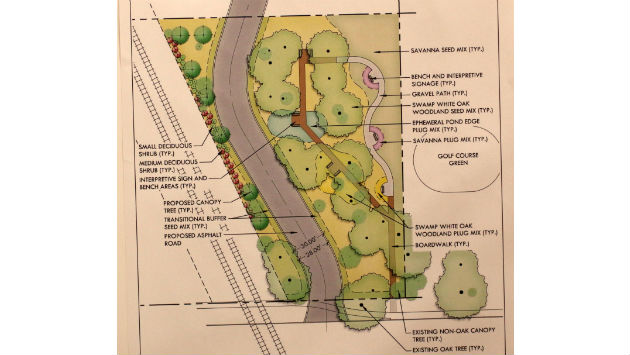 A drawing showing the roadway and environmental restoration plan.

Keefe indicated that if he was unable to reach agreement to construct the access road in Evanston, he might end up suing Wilmette village officials for having created a situation in which there was no access to his property, but that he's looking "for a solution that would keep everyone out of court."