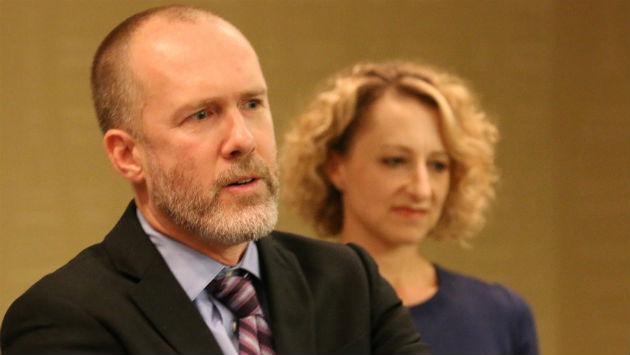 Executives of Pharmacannis, the medical marijuana company scheduled to open a dispensary in downtown Evanston later this month, told residents at a community meeting Wednesday night that there's a lot of paperwork for patients who hope to get cannabis at the dispensary.

"Illinois is one of the leaders in a new wave" of medical marijuana legalization, Teddy Scott, co-chief executive officer of Pharmacannis, said.

"It's not like the cowboys out west" in Colorado and California, he added.

Patients, who must be suffering from one of 39 medical conditions on a state-determined list, will have to receive written approval from their doctor and go through a registration process with the state which includes photo identification cards and fingerprinting. 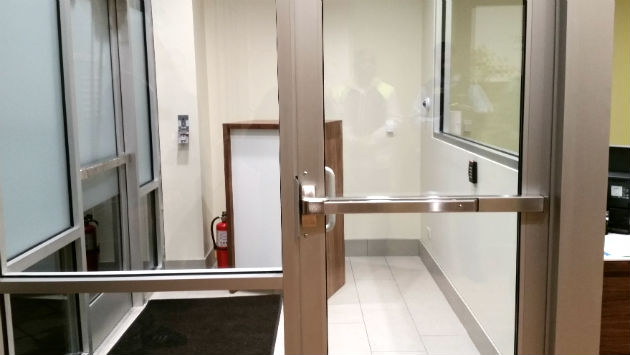 A security guard station in the dispensary vestibule where patient IDs will be checked.

And only patients, or their caregivers who've also been registered, will be allowed into the dispensary.

Norah Scott, the company's chief human resources officer, said at the meeting at the Hilton Garden Inn that the company has just hired an Evanston resident to manage the dispensary here and is in the process of filling two patient care representative and two security guard positions. 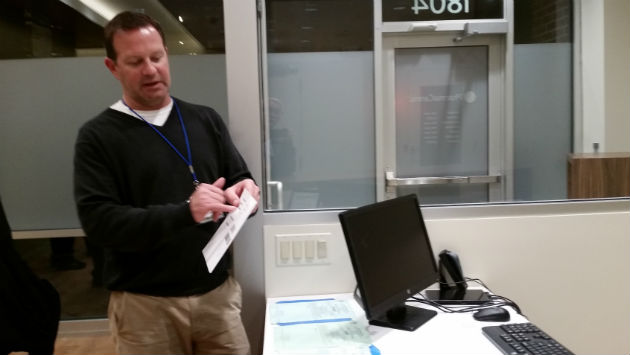 After the meeting, during a tour of the dispensary at 1804 Maple Ave. for Evanston police officers and the ward's alderman, Pharmacannis General Counsel Jeremy Unruh showed off security measures at the facility, including nearly two dozen security cameras and various sensors to detect any attempt to break in.

Teddy Scott described the security for the dispensary's cannabis vault as being "on par with a federal mint."

Unruh said that while patients will at least initially have to pay with cash because of the reluctance of credit card companies to run afoul of federal narcotics regulations, Pharmacannis has established banking relationships and will have an armored car company pickup the money it takes in at the dispensary. 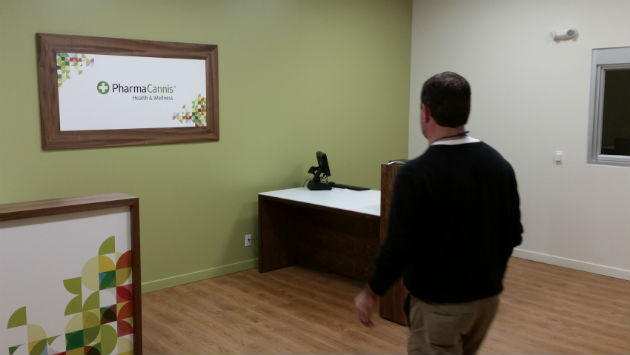 Unruh in the room where patients will pick up their cannabis.

Teddy Scott said cannabis isn't currently covered by medical insurances programs. Pricing is "still up in the air" he said, but a typical patient might expect to pay around $300 a month for a sufficient amount to treat his or her condition.

One consideration in setting the price, he said, is that the state doesn't want to have the dispensaries undercut prices on the illegal drug market — to they don't create an incentive for patients to resell their marijuana into the illegal market.

The dispensary is expected to be open from 10 a.m. to 7 or 8 p.m. daily, except Sundays and Tuesdays.

The Tuesday closure, Unruh said, is so the dispensary can comply with a state rule that requires the supply of cannabis to be delivered during the day at a time when the dispensary is closed.