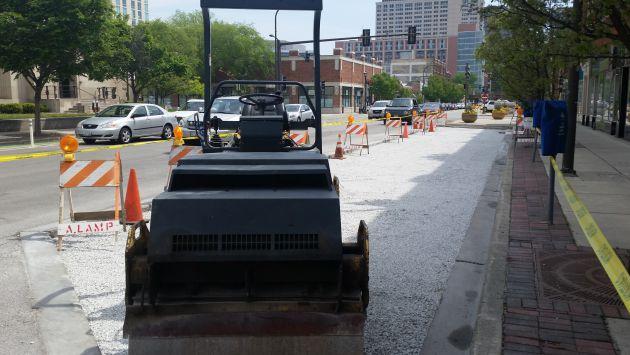 A section of Davis Street in downtown Evanston is getting a new permeable pavement treatment this week after the previous job failed prematurely.

Lara Biggs, head of the city’s capital planning bureau, says permeable pavement — designed to reduce water runoff into the sewer system — is a relatively new concept, and municipalties have only been installing it for the past five to 10 years.

Biggs says Evanston had good luck with its first installation of permeable concrete in parking lanes along Sheridan Road in 2010.

But since then, she says, projects that have used either permeable concrete, permeable asphalt or paver blocks — have had mixed results.

The permeable concrete used on the south parking lane on Davis Street in 2013 failed before the project was completed, and funds were withheld from payment to the contractors, Biggs says. 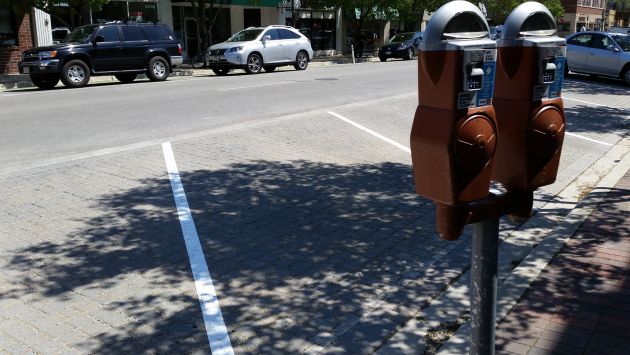 The new paver blocks installed in the 1000 block of Davis this week.

Since then the city completed a largely grant-funded demonstration project on the Civic Center parking lot that used all three permeable options.

But, overall, she says, the city’s experience has convinced her that permeable pavers are the most durable solution — so that’s what’s being used on Davis Street. The cost of the new installation on three blocks of Davis is just under $100,000.