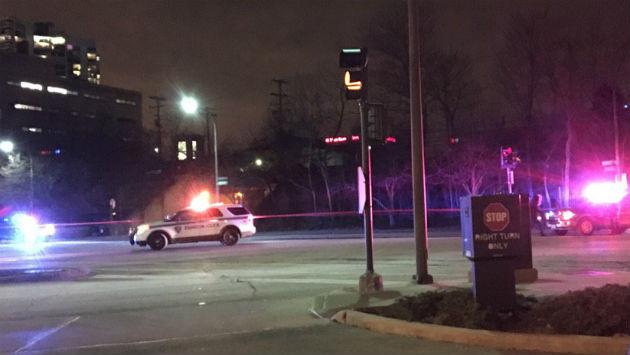 A 62-year-old Evanston man is in stable but guarded condition at Evanston Hospital with a head injury after he was struck by a car at Benson Avenue and Elgin Road downtown Sunday night.

Police Cmdr. Joseph Dugan says the accident happened just after 7 p.m. Dugan says the driver of a Nissan Altima, a 40-year-old Chicago man, had the green light and was turning from Elgin onto southbound Benson when he struck the pedestrian who was in the crosswalk.

Dugan says the pedestrian hit the front bumper, hood and windshield of the car. Because of the severity of the injuries, the Major Crash Assistance Team was activated.

As of late Sunday night the investigation was continuing and no charges had been filed.

Update 9 a.m. 1/31/17: Dugan says the pedestrian is recovering from his injuries, and the driver of the car has been issued a traffic citation.