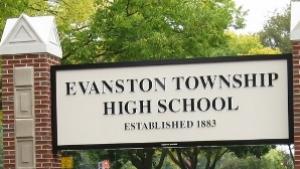 An issue that failed to resonate in last April's school board elections following assurances from the candidates and the administration that it was no longer relevant, has suddenly emerged as a topic for discussion at Monday night’s meeting of the Evanston Township District 202 School Board.

“District’s Future Involvement with PEG” is listed as Item No. 7 on Monday’s agenda and is tentatively scheduled for discussion from 8:15 p.m. until 8:45 p.m.

PEG is the Pacific Educational Group, a California-based consulting organization that received a contract from the district in 2009 for a series of controversial workshops that was being phased out a year ago “with only minor expenses,” according to the district’s chief financial officer William Stafford.

But insiders at the district report that a large contingent of teachers traveled last month to St. Louis for PEG’s annual Summit for Courageous Conversation, Oct. 26-30, at a “back of the envelope cost (to the district) of an estimated $20,000.”

Based on comments made during the April school board election campaign, many of the candidates for the board said they were opposed to any continuing relationship with PEG, and the emergence of the issue on the board agenda is presumably an effort to clarify its intentions.

At the board’s last meeting in October, however, several board members expressed concern over a continuing “gap” in scores between white and black students on the standardized ACT tests, which the PEG consultants had been hired to address.

The “courageous conversation” workshops are part of a program designed at “working at all levels from the Board and superintendent to beginning teachers” that “helps the educators focus on heightening their awareness of institutional racism and developing effective strategies for closing the achievement gap in their schools,” according to PEG’s website.