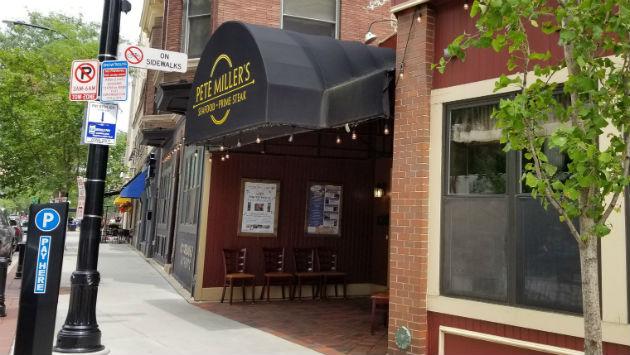 The Pete Miller’s restaurant on Sherman Avenue in downtown Evanston has closed after a quarter century in operation.

A sign on the door this week reads “We regretfully announce that we are closing our doors, effective immediately.”

Sonas Hospitality, which owns the Evanston Pete Miller’s, also closed the Pete Miller’s in Naperville, its Muldoon’s Irish Pub in Wheaton and the Nevin’s Brewing Co. in Plainfield this week.

The Naperville location had reopened under the Pete Miller’s brand in late 2017 after having formerly been a Tommy Nevin’s Pub.

Sonas sold its Tommy Nevin’s location in Evanston to the developers of the Albion apartment tower now nearing completion on Sherman Avenue.

Sonas reportedly plans to only keep open its Kerry Piper, an Irish pub in Willowbrook. It owns that property and makes its headquarters there. The other locations are all leased.

A listing for the Evanston property says the restaurant has 12,630 square feet of space, seats 325 people and paid annual rent of just over $322,000.