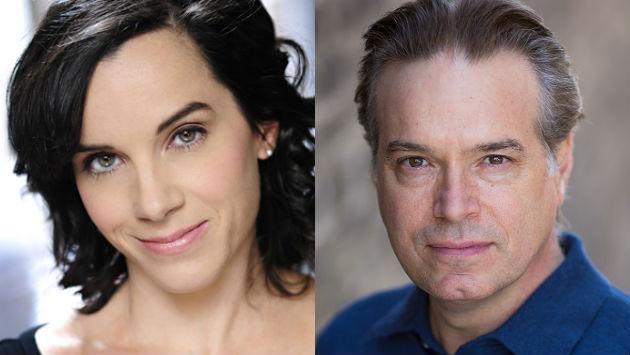 For more than three decades, Music Theater Works’ December production has been a North Shore tradition, bringing families together to enjoy a favorite musical over the holidays.

Children, parents and grandparents alike have delighted in these annual presentations of beloved operettas and Broadway classics, and many young people remember them as a formative experience in kindling a life-long love of the theater.

The story of the boy who would not grow up and his swashbuckling nemesis, Captain Hook, has been near to the hearts of theatergoers since Peter first flew across a London stage more than 100 years ago.

There have been many versions of this tale over the years, but this 1954 Broadway musical adaptation has emerged as perhaps the most favored of all.

When a producer approached Mary Martin, Broadway’s premiere leading lady, with the opportunity to build a new “Peter Pan” around her abundant talents, she jumped at the chance. Martin was so enthusiastic about the project that she insisted on assembling the production team herself.

Hearing the song “Young at Heart” on the radio, she decided then and there to hire its lyricist, an unknown twenty-something named Carolyn Leigh. Leigh brought along her even younger writing partner, the composer Morris “Moose” Charlap. Martin was delighted with her young songwriters, and felt they would bring a youthful exuberance to a tale that cried out for just that.

In Broadway legend Jerome Robbins’ original staging, “Peter Pan” was an immediate sensation on Broadway, and soon reached an audience of millions more on NBC television in 1955. The broadcast was so popular that the cast went into the NBC studio again in 1956 and 1960, and that 1960 taping was
rerun year after year, introducing generations to this evergreen musical.

So whether you’re a newcomer or a life-long “Peter Pan” devotee, here is a chance to be part of an enduring local tradition, and fly off to Neverland this holiday season. Look out for crocodiles!

“Peter Pan” will run Saturday, Dec. 23 through Monday, Jan. 1 st at Evanston’s Cahn Auditorium, 600 Emerson St. The audience can meet and talk with cast members after the matinee performances on Dec. 26, 27 and 30. As always at Music Theater Works, admission for those 25 and younger is half price.