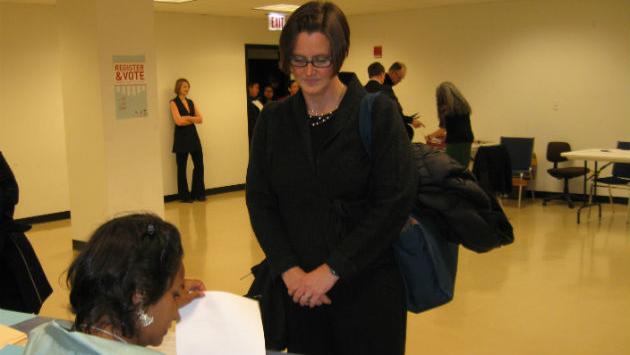 Jennifer Phillips, who founded a local group, Math Matters, that led to her running successfully for a seat on the Evanston/Skokie School District 65 Board in 2015, has announced her resignation from the board, effective Aug. 31, citing personal reasons.

As a result, the district is seeking applications for filling the vacancy on the seven-member board.

Interested residents should complete an application form that is available on the District 65 website. The completed application, along with a resume, must be received at district headquarters, 1500 McDaniel Ave., by 5 p.m. on Sept. 29.

Interviews for the position will be scheduled during the month of October, with the successful applicant being confirmed at the board's regular meeting on Nov. 7.

Even though Phillips' term would not have expired until 2019, the term of her successor would last only until the next scheduled school board election, which will be in April, 2017. The term of the winner of that election would expire in 2019, according to the Illinois School Code.