Evanston residents could participate electronically in any city meeting if aldermen move forward with a plan suggested Tuesday. 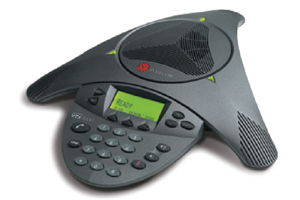 Alderman Coleen Burrus, 9th Ward, told fellow aldermen on the Rules Committee that she’d like to see all city committee and board meetings use a speakerphone setup so that people who can’t attend the meeting in person could hear what’s happening and offer input when the session is opened for public comment.

Although City Council sessions and a few committee meetings are televised on cable, most meetings held by the the city’s over 30 boards and committees are only accessible to people who can get to the Civic Center.

“We have a lot of seniors and homebound citizens, people who really can’t get out of the house,” Burrus said, suggesting the teleconferencing gear would be a major advantage for them.

She noted that aldermen who’ve been out of town on business have occasionally participated in City Council meetings by phone.

Assistant City Manager Marty Lyons said there might be issues around how many people could be on the system at one time.

“We couldn’t find any communities doing that,” Lyons said of the teleconferencing idea, “but there’s a lot of podcasting and use of video.”

With that aldermen began brainstorming about the idea — voicing concerns about cost and suggesting other technology solutions ranging from cablecasting more meetings to providing live meeting coverage on the city’s emergency radio station as well as using streaming video or web conferencing to distribute them online.

Most of those solutions broke free from Burrus’ initial idea of allowing people to participate in the sessions, not just listen in.

Alderman Don Wilson, 4th Ward, suggested the city’s legal staff needed to research whether it would raise liability issues for the city if somebody wanted to call into a meeting but couldn’t get through.

Alderman Lionel Jean-Baptiste, 2nd Ward, who was a leading advocate for setting up the city radio station a few years ago, said the station, at 1650 AM, has turned out to be “underdeveloped, kind of retarded.”

It’s now used only to play a prerecorded loop of public service announcements that are also available online and in print.

“If we could figure out the radio thing,” Rainey said, “There’s got to be a way to broadcast it.”

Alderman Wilson noted that not all residents can watch even the meetings that are cablecast. “I have Dish Network, so I can’t get council meetings,” he said.

City attorney Elke Tober-Purze recalled that the city had considered providing streaming video of council meetings a few years ago. But Rainey said, “That was very high cost, about $30,000.”

It went unmentioned that the city currently spends more than ten times that amount to subsidize the Evanston Community Media Center, which provides cablecasts of city meetings.

Lyons said city staff could do further research, see whether streaming costs have changed, and explore other options suggested at the meeting as well.

Update 7/10/09: Alderman Ann Rainey tells us this morning it was Alderman Jane Grover, not her, who raised the issue about “anonymous bloggers” during the Rules Committee discussion.