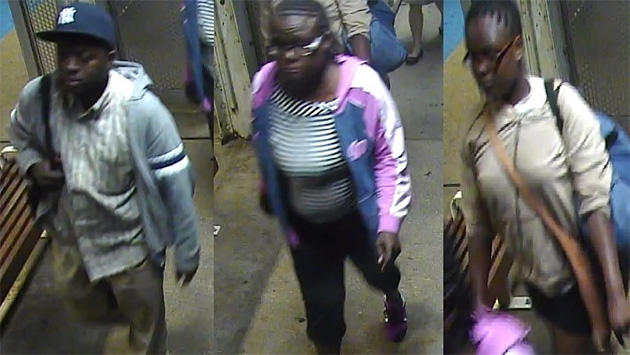 Evanston police have released photos from CTA surveillance cameras of three individuals wanted for questioning in the robbery of a Northwestern University student Thursday evening.

The three allegedly stole $20 in cash from the student after striking up a conversation with him in the parking lot of the university's Englehart Hall dorm near the station.

Evanston police detectives and Northwestern University police are seeking the publics assistance in this case.

The offenders are described as two females, age 14-16 and a man about 40 years old. The man, seen in the left photo wearing a New York Yankees hat, implied he to the victim that he had a weapon.