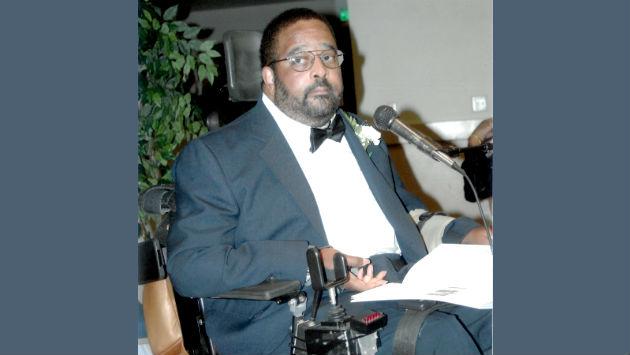 Funeral services are scheduled for Monday in California for David Bruce Rogers, a 1973 graduate of Evanston Township High School who became a physician and genetics researcher despite a traffic accident that left him a quadriplegic.

Rena Nash, an ETHS classmate of Dr. Rogers, says that he graduated with honors from the high school and was chosen the "all-around senior man" by his classmates.

While attending Stanford University, Rogers developed an avid interest in human genetics and was also an active member and co-president of the Stanford Black Pre-medical Organization.

He graduated with honers from Stanford with bachelor's and master's degrees in biological science in 1977 and received his medical degree from Harvard University in 1981.

Back in California, he completed a pediatric internship and residency at the Los Angeles County/Harbor UCLA Medical Center and was on a team of researchers that first identified the mutated gene that causes a major dwarfing disorder.

In December 1986, Dr. Rogers was injured in a freak auto accident, which left him quadriplegic. During his rehabilitation, he passed his board certification examinations in both pediatrics and medical genetics.  He was discharged home after eight months of hospitalization.

Less than one week after leaving the hospital, he was hired as medical director of Westside Regional Center, one of California’s 20 state-contracted centers that provide services for developmentally disabled children and adults.

Primarily through case review and interaction with the center's staff and clients, he oversaw the health care of over a thousand persons whose afflictions varied from mental retardation and autism to severe cerebral palsy as well as severe seizure disorders.He was co-host of Able Not Disabled, an award-winning public access television show that he also co-created and co-produced.

He later worked for a private genetics laboratory involved primarily in prenatal diagnosis and cancer cytogenetics that later merged with another to form Genzyme Genetics, a division of the worldwide Genzyme Corporation.

Dr. Rogers served as one of four Genzyme Genetics clinical geneticists in California with responsibilities that included overseeing a large force of genetic counselors, and collaborating with perinatologists — all of whom work at prenatal diagnosis centers throughout California and part of the Northwest.

He was also an associate clinical professor of pediatrics at L. A. County Harbor UCLA Medical Center. He was teacher and lecturer to medical students and residents and to the obstetrical nurse practitioner training program.

Dr. Rogers was involved with Empower Tech a nonprofit organization that provides access to technology for persons with disabilities.  In 1987 this group showed him how to use a personal computer to help him continue in his profession. He served on Empower Tech's board of directors for more than 20 years and received its first Maryanne Glicksman Award.

Dr. Rogers other activities included the establishment of a minority scholarship fund, and a Martin Luther King, Jr. lectureship at the Claremont School of Theology.  He also provided ADA ramp access for the Rakestraw Community Center in south Los Angeles. Mentoring mostly by example, he also spoke at middle and high schools in the area.  He was also an active member of Altadena United Methodist Church.

Dr. Rogers, who died last Thursday, Dec. 8, is survived by his mother, Elsie Rogers, and numerous other relatives and friends.