The comedy ensemble taps into the creative vitality of American vaudeville and burlesque in the new show, which runs through Oct. 4. 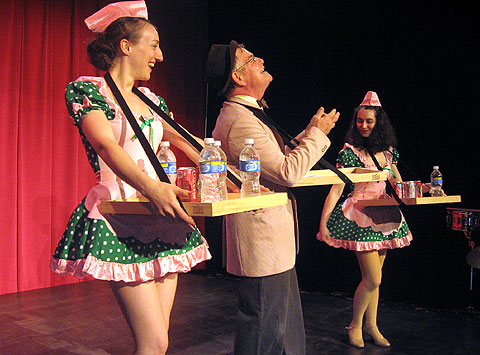 The show turns Piccolo’s 50-seat space in the Arts Depot at 600 Main St. into a plush night club atmosphere to set the tone for an evening of song and dance numbers, bawdy comedy sketches, magic and variety acts and authentic vaudeville comedy acts.

Headlining the show are the flirty "Tease" dances performed by the Piccolo chorus girls. 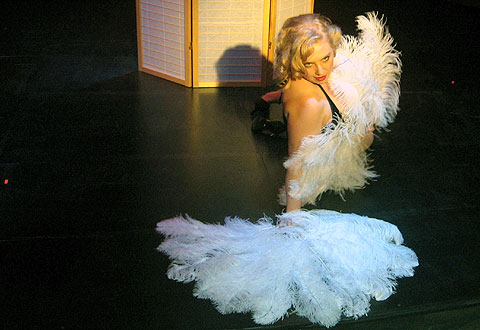 Director John Szostek is no stranger to vaudeville-style theatre. He perform sketch comedy in England after college, and his father was a burlesque "second banana" comedian before World War II. 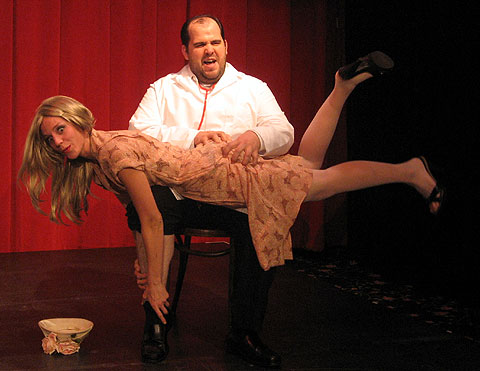 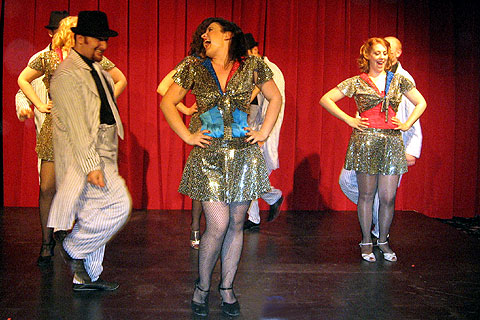 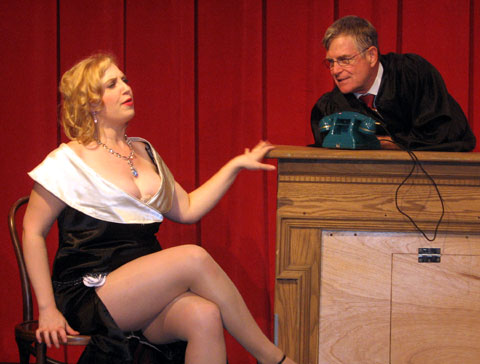 Vanessa Hughes and Ken Raabe in the vaudeville routine "Court of Last Resort."

Performances are at 8 p.m. on Friday and Saturday nights and 7 p.m. on Sundays.