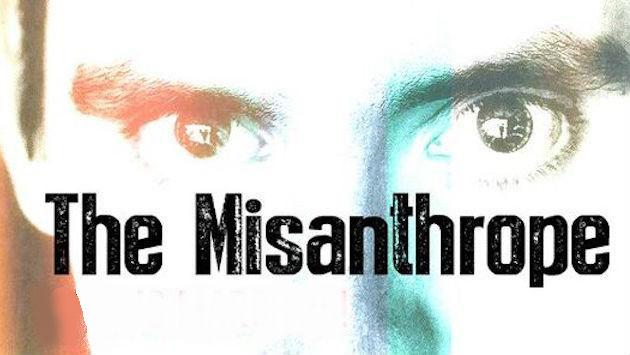 As part of an initiative to re-craft Piccolo Theatre’s mission to comedy, new Artistic Director Michael D. Graham directs an adaptation of “The Misanthrope” by Moliere.

This production of “The Misanthrope,” adapted by Martin Crimp, runs through April 23.

“The play is a satire, originally conceived by Moliere as a way of criticizing the hypocrisy of French aristocratic society,” said Graham. Graham hopes to move the satire to the contemporary world stage by invoking technology to criticize the entertainment industry.

Crimp's updated “Misanthrope”, set in a modern London hotel room, reflects on the presence of technology and media in today’s world. “We use modern technology as a portal to transport ourselves to the rest of the world, and to bring that world up-close and into our homes,” said Graham. “Whether it's for entertainment or information, ordering food, booking a ride, or finding a date, technology has become our constant companion.:

"I've brought this obsession onto the stage because of the satirical nature of the play, and I hope audiences will get a chuckle of recognition when they immediately dive for their cell phones as soon as the lights come up for intermission.”

Graham’s interest in this production stems from his vision for Piccolo: a broadening of the repertoire that can “make people laugh.” “Piccolo is still dedicated to comedy,” said Graham. “My goal is to keep an audience coming back to Piccolo Theatre to have a unique experience each time, whether they are rolling in the aisles with a farce or laughing through their tears at a comedy with darker themes. We're excited to explore what made people laugh 2,000 years ago as well as what will make us laugh 10 years from now.”

This production accompanies Piccolo’s announcement that the company will be relocating from the historic Metra Station in Evanston. Piccolo has been discussing this move for several years. “It was clear the artistic growth of the company had grown so much that our 50 plus seat black box performance space inside the Main Street Metra Station presented more limitations than opportunities,” said general manager Joshua Allard.

The company is looking for alternative spaces and hopes to have some in place by mid-April of this year. In the meantime, Piccolo will remain at the Metra Station and utilize other spaces for upcoming productions. “We will announce our production locations along with our season announcement in May, preceding performances of ‘Parallel Lives,’” said Allard.

“The Misanthrope” runs through April 23 at the Main Street Metra Station, 600 Main St., Evanston, IL. Tickets can be purchased at piccolotheatre.com.