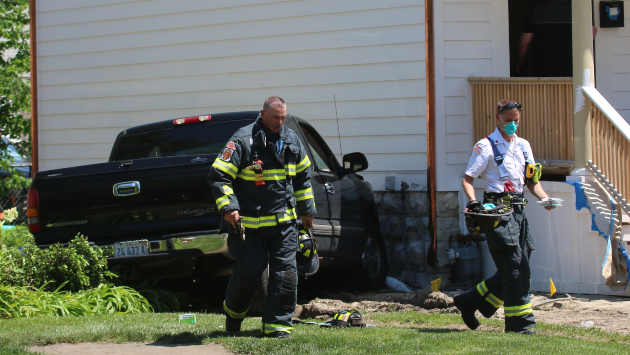 Evanston police and fire crews had Sherman Avenue at Foster Street blocked off this afternoon after a pickup truck went off the road and struck a house at 1943 Sherman.

The accident happened shortly before 1:30 p.m.

Update 3:40 p.m.: Fire officials say the driver of the pickup was in full cardiac arrest when they arrived. Firefighters provided advanced life support care and transported the driver to the hospital.

He said the driver is now hospitalized in critical condition.