The Pier 1 store in Sherman Plaza in downtown Evanston has closed, at least temporarily.

The shop at 1612 Sherman Ave. was one of the first to open in the mixed-use development in August 2006.

It was dark today with yellow "temporarily closed" signs posted in the windows.

The Pier 1 chain Thursday reported an 11.7 percent decline in quarterly sales and an analyist Friday downgraded the stock because of the company’s lagging turnaround efforts and the generally weak retail climate. 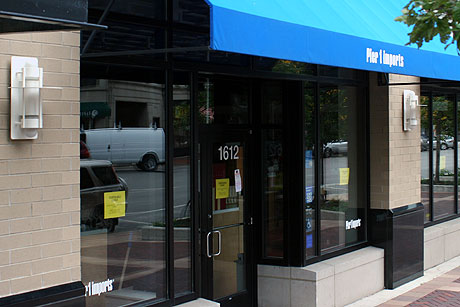 A call to a company spokesman this afternoon about the fate of the Evanston store was not immediately returned, and the store has disappeared from the list of store locations on the company website.