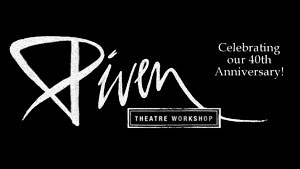 The Piven Theatre Workshop has announced its 2011-12 season which features a retrospective on the group's 40-year history.

Productions include the world premiere of "Cities of Light," an evening of theatrical cabaret with Rebecca Joy Fletcher and "Encores: After the Theatre And Other Stories" directed by co-founder Joyce Piven, featuring classic Piven Theatre adaptations of Chekhov stories originally created by Byrne and Joyce Piven as well as Sarah Ruhl.

The season will also include a special Anniversary Production by our 2012 Young People’s Company performance troupe.

Cities of Light by Rebecca Joy Fletcher – World Premiere: Nov 7th – Dec 11th, 2011
The premiere show of Piven’s 40th Anniversary Season is a testament to our mission of premiering original works, and the celebration of Jewish culture.  Cities of Light will take you on a powerful ride back into the cabarets of 1930's Berlin, Paris, Yiddish Warsaw, and Tel Aviv.  An evening of satire, story, and song – Cities of Light defines the term “theatrical cabaret”, blending the art of cabaret with story theatre for a truly memorable evening.

Encores: After the Theatre And Other Stories – Directed by Joyce Piven: Apr 16th – May 20th, 2011
Piven revisits the classic Chekhov short stories that started it all! A fresh look at some of our earliest adaptations – this piece features the work that is the heart of our cannon.  Directed by Chicago theatre veteran Joyce Piven, the co-founder and Artistic Director Emeritus of Piven Theatre Workshop, this production will include alumna Sarah Ruhl’s earliest Chekhov adaptations as well as short stories originally adapted by Co-Founders Byrne & Joyce Piven.

The 2012 Young People’s Company:  Feb  22nd – 26th, 2012
This year the company will remount and re-imagine stories originally adapted by Co-Founder Byrne Piven and performed by the Original Company over 35 years ago.  The Young People's Company is composed of young artists in the 9th -12th grade, and specializes in improvisation and the story theatre form – a process of working as an ensemble to adapt literature, myths and folk tales to the stage.