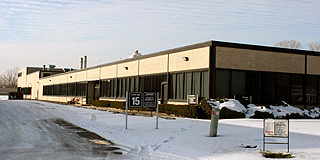 Evanston’s Plan Commission voted 4-3 Wednesday to recommend that the City Council deny a request to rezone land at 222 Hartrey Ave. for an Orthodox Jewish day school.

The commission majority, including two candidates in next year’s city election, focused on the loss of tax revenue from the site in voting against the project.

The property, largely hidden behind the Howard-Hartrey shopping center, was owned by Shure Bros. Inc., before the microphone manufacturer moved from Evanston to Niles.

It has been vacant for over seven years.

Just to the west is the Vineyard Christian Church, which was granted permission by the city to operate on the industrial-zoned land after the church fought a multi-year legal battle to use an office building at 1800 Ridge Avenue for church services. 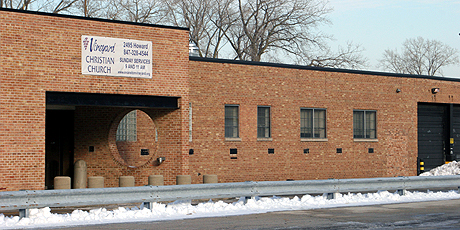 In that case the city ultimately had to pay the church $350,000 in legal fees after a federal court ruled the city violated Vineyard’s constitutional free speech and equal protection rights by denying use of the building for a church while permitting other cultural facilities in the zone. The city reportedly also spent $200,000 on its own legal costs in that case.

The Joan Dachs Bais Yaakov School proposes to seek gold LEED certification for the Hartrey building, the second highest level of environmental performance under the program operated by the U.S. Green Building Council.

Jake Weiss, a member of school’s board, said the school would be happy to make the facility available to community groups for no charge, although he said any food prepared or served in the building would have to follow Kosher dietary rules.

He added that some uses might be of concern if they conflicted with the school’s religious principles. "If Jews for Jesus wanted to use the space, I’m not sure that we’d be comfortable with that," Weiss said.

Weiss, who’s also a commercial real estate developer and manager said many efforts to market the property for industrial uses over the years have failed.

"Two years ago Greystone Associates had 222 Hartrey under contract and marketed it as commercial condo units of 2,000 to 10,000 square feet. But they couldn’t close on the property because they couldn’t generate enough pre-sales to get financing," he said.

Industrial properties in Evanston have had difficulty finding buyers in recent years as manufacturing has tended to move offshore and remaining industrial users have sought larger parcels of cheaper land with lower taxes closer to major highways.

In 2004, the site was proposed for redevelopment with 80 townhomes, but that proposal, too, failed to get off the ground. 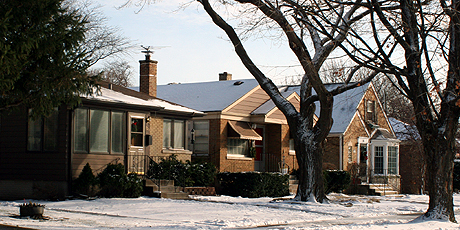 Single family homes across Hartrey from the proposed school site.

The school’s attorney, James Murray, said school officials were prepared to negotiate with City Council members about a possible payment in lieu of taxes for the project.

The six-acre property in its vacant state now generates about $106,000 in property tax revenue annually.

While a church is a special use in the property’s current I2 industrial zone, a school is not among the permitted uses. So the school is seeking to have the site rezoned C1 commercial, which matches the zoning of the shopping center just to the south. A school is a permitted use in that zone.