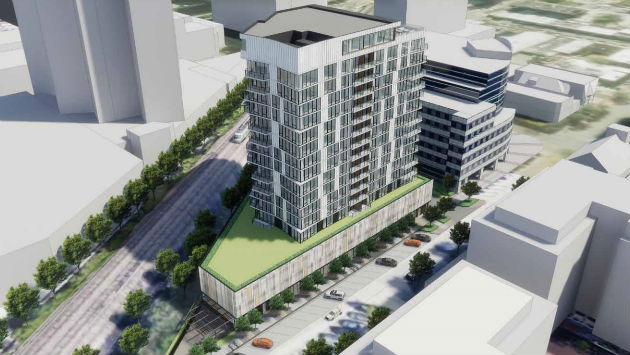 Evanston’s Plan Commission tonight is scheduled to review a proposal for a 17-story “active adult” development at 1727 Oak Ave.

The 169-unit building would have 139 parking spaces, slightly more than what’s required under the city zoning code. The developer is seeking site development allowances, as permitted for planned developments under the city’s zoning code, for the building’s height and unit count and also for its front yard setback and number of loading berths.

The developer is proposing to meet the city’s inclusionary housing rules by providing 17 affordable units on site, which the developer estimates will cost $3.5 million in lost profit. That compares to the fee-in-lieu payment permitted under the ordinance of $1.7 million.

The building would replace a surface parking lot. 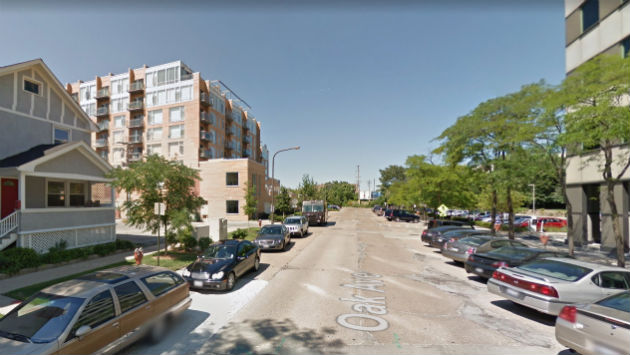 Some residents of the Sienna condominium development across the street at 1720 Oak have objected to the plans, saying the new building would cut off sunlight to their units.

A market study prepared by a consultant for the developer indicates that there’s a demand for nearly 1,000 active adult apartment units within four miles of the proposed site, with an existing supply of only 154 such units.

A traffic study indicates no capacity improvements or modifications are required to handle traffic from the project, but recommends adding pedestrian countdown timers at the intersection of Ridge Avenue and Church Street.