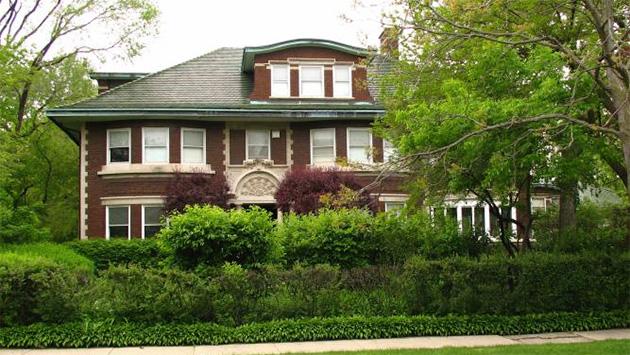 Some residents along the lakefront have been pushing for tighter restrictions on B&Bs, but the City Council last year rejected proposals to limit the number of B&Bs or tighten owner-occupancy rules.

Aldermen recently have approved two planned bed and breakfasts near the lake — at 300 Church St. and 1622 Forest Place — both owned by billionaire Jennifer Pritzker. And they're expected to get a request for a third one at 1722 Judson Ave. soon. That property is owned by long-time Evanston resident Linda Jelinek.

The Plan Commission's Zoning Committee early last year recommended requiring that the majority owners of a B&B live at the property. But that idea wasn't adopted by the City Council. The current ordinance only requires that someone with an unspecified level of ownership interest live at the property.

Alderman Judy Fiske, 1st Ward, who has backed the lakefront residents who've fought recent bed and breakfast proposals, asked the Plan Commission and city staff to take another look at the issue.

This time staff came up with a proposal to split bed and breakfasts into two classifications — based on how many bedrooms they offer for rent. The Zoning Committee of the Plan Commission kept the two-class idea, but decided some of the proposed rules were too strict.

Up to two guest rooms

For B&B's with up to two guest rooms, staff proposed requiring that owners with at least a 33 percent interest in the property live on site, that the B&B require approval as a special use, but that there be no distance limit separating such uses.

The Zoning Committee called for dropping the special use requirement and requiring only a 1 percent on-site owner interest.

For B&Bs with three to five guest rooms, staff proposed requiring special use approval and a 1,500 foot separation rule, but no owner-occupany requirement.

The Zoning Committee dropped the distance restriction. (The two recently approved five-guest-room B&Bs and the newly proposed one are all within about 600 feet of each other.)

Any establishment with more than five guest rooms falls into a different zoning classification and is not treated as a bed and breakfast under the city's zoning code.

A requirement that owners live on site has proved problemmatic in prior discussions of the B&B issue because, for legal liabilty reasons, anyone setting up a bed and breakfast would likely place ownership of the property in a corporation or limited liability company.

Whatever the plan commission decides, the final decision on any changes will be up to the City Council, which approved the first two B&Bs on 7-2 votes.

The city's Site Plan and Appearance Review Committee voted 5-2 against the 1722 Judson B&B proposal on Nov. 20 (SPARC meeting minutes here). That proposal next goes to the Zoning Board of Appeals, which is scheduled to hold its next meeting on Dec. 17.