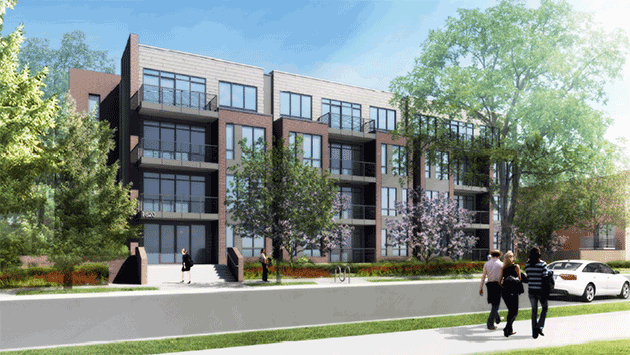 The property is now the site of a vacant office building that several years ago was proposed to be turned into a dormitory for students in a program for developmentally disabled young adults run by National Louis University. 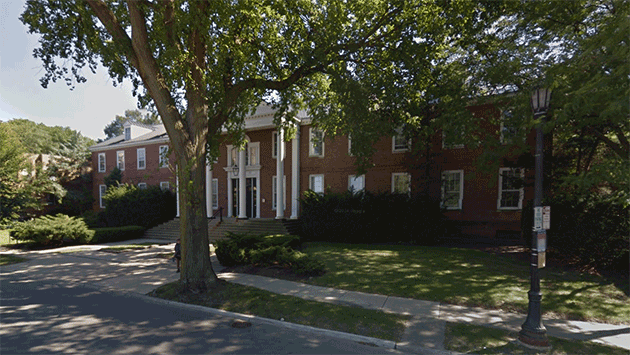 The existing building at 1620 Central. 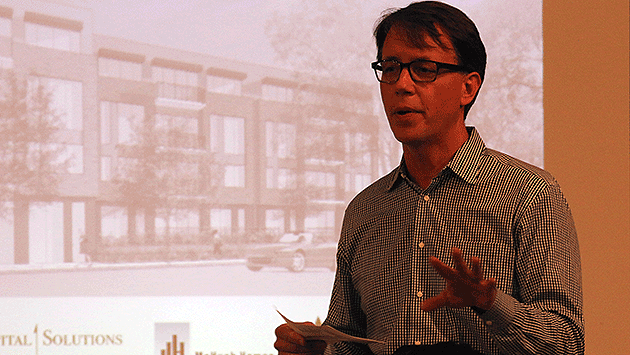 Architect John Myefski at an earlier public meeting on the project.

Plan Commission members praised efforts made by project architect John Myefski and other members of the development team to accommodate concerns of neighbors in townhouses and single family homes adjacent to the site as well as the generally collaborative response from the neighbors.

Those accommodations include creating a 15-foot easement along the east edge of the property to provide four adjoining single-family homes with alley-like access for garages they might build behind their homes at some time in the future. 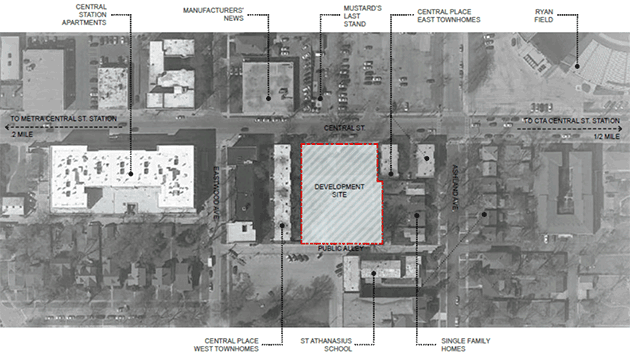 A map showing the development site and nearby properties.

Remaining concerns from neighbors largely focused on worries that the project — which includes 54 underground parking spaces — would have insufficient parking to avoid creating congestion in what the neighbors said is an area that's already short on parking.

But the commissioners were persuaded by arguments from the developer that a "transit-oriented development" just two blocks from the Central Street Metra station would attract tenants who on average would have no more than one car per household.

They declined to add a condition to the approval that would have required the building owner to enforce car ownership limits among its tenants.