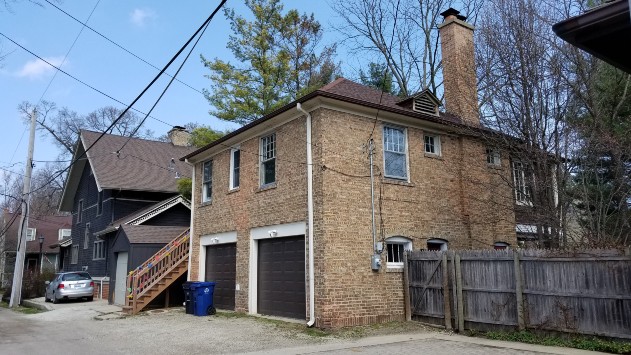 In January the City Council adopted several zoning changes to make it easier to build detached ADUs, commonly referred to as coach houses, on most residentially zoned lots.

The proposals to be considered tonight go beyond that, to also encourage accessory dwelling units that are attached to or located within a primary dwelling unit.

City staff tonight will seek the commissioners’ feedback on what sort of size limit the city should impose on accessory dwelling units, possible height limits and off-street parking requirements and what separation should be required between detached ADUs and the principal structure on the lot.

Traditional zoning regulations that reserve most of a community’s most desirable land for large-lot single family homes have been seen by many activist groups as a form of economic discrimination.

Given the relatively high property values in Evanston, housing activists see creating space for small, less expensive dwelling units in those neighborhoods as a way to make the community more inclusive.

But the high cost of new construction has served as an additional barrier to affordability.

The Plan Commisison meeting will be held at 7 p.m. on Zoom.