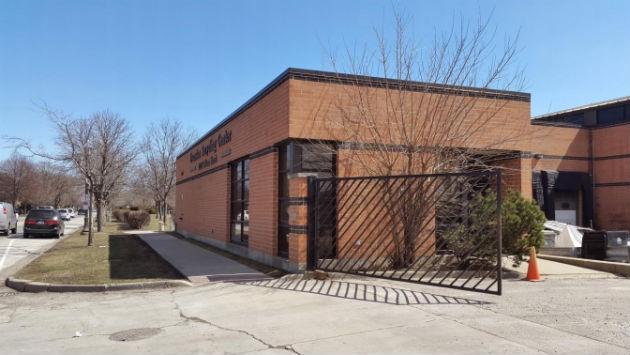 Evanston aldermen voted 6-3 Monday to have the city manager negotiate terms of a potential sale of the former recycling center for conversion to a rock climbing gym.

Under Council rules the proposal to sell a city property required support from at least two thirds of the aldermen to win approval.

Opposition to the sale was led by Alderman Ann Rainey, whose 8th Ward includes the recycling center site.

Rainey had favored an alternative proposal for the space, from the owners of the Peckish Pig restaurant in her ward, when the Economic Development Committee recommended last September that the rock climbing proposal from Clark Street Real Estate and First Ascent Climbing and Fitness be chosen instead. That vote came after the First Ascent proposal scored far higher on a staff evaluation of the two options.

Monday night she argued that instead of selling the property, as Clark Street wanted, the city should should only offer a three-year lease with an option to purchase the building at the end of the lease term.

Alderman Don Wilson, 4th Ward, said Rainey’s proposal would effectively kill the deal, because with only a lease the developer wouldn’t be assured of a return on the money they’d need to invest to build out the space for the new use.

In addition, he said, letting the developer have an option to bail on the deal after three years could stick the city with the property. “Then we’d get to take over a climbing gym to go along with Harley Clarke,” Wilson added.

A developer’s rendering, showing what the exterior of the repurposed building would look like.

In response to a question from Alderman Cicely Fleming, 9th Ward, prompted by claims from speakers at public comment that the deal would put the city on the hook to spend $1 million or more on a new parking lot for the property, City Manager Wally Bobkiewicz said the proposal was simply to negotiate a sale of the property.

Although redeveloping the parking lot had been part of an earlier plan for the site involving Smylie Brothers Brewing Co., Bobiewicz said, that was not part of the current proposal.

A rendering of a climbing wall that might fill the now-vacant recycling center.

The recycling center, at 2222 Oakton St., has been closed for many years, since the city switched to a curbside recycling pickup program.

Assuming the city manager and developer are able to reach agreement on terms of a proposed sale, another two-thirds vote by the aldermen would be required to actually authorize the transaction.