The Evanston Plan Commission tackled the core of the proposed downtown plan Tuesday before a relatively light turnout of a few dozen people. 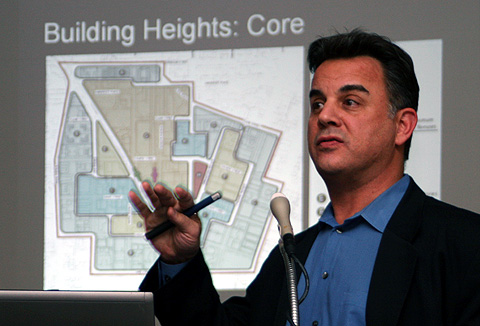 After plan consultant John LaMotte described the height limits the plan calls for, replacing the potentially unlimited heights allowable under the existing planned development process, a parade of speakers called for a variety of modifications to the proposal.

Barbara Rakley of 2526 Grant St. said no one at the community meetings held to develop the plan wanted core areas — which would have the highest height limits in the city — to be as large as what the plan calls for. 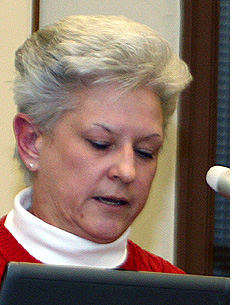 Pat Corirossi, who lives in the Church Street Station high-rise condo development at 1640 Maple Ave., said if downtown Evanston was going to turn into an area like downtown Chicago, filled with high rises, "I wouldn’t have moved here from Chicago four-and-a-half years ago."

"Ten percent of my building is up for resale and 10 percent more is being rented out, many because owners can’t sell." she said. "This doesn’t seem to show a growing demand for condos."

Mary Singh of 1711 Hinman Ave. said she’s happy the downtown plan does not call for high rises across from her house, but she said she’d like to see the Chase Bank building at 1603 Orrington Ave. stay the tallest in town and opposed the plan’s proposal for a 42 story height limit on the Fountain Square block. 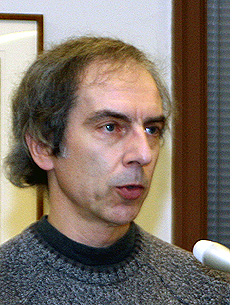 Jeff Smith of 2724 Harrison St. said the plan would enshrine the "broken zoning" of the past several years that allowed high rise construction and said that would be like legalizing steroids in baseball after some players were caught using the performance-enhancing drugs.

Ron Kysiak, executive director of the non-profit business development group Evanston Inventure, said only 11 percent of the city’s land is used for commercial uses — far less than in neighboring communities like Skokie.

Because commercial uses pay twice as much per square foot in property taxes as residential property, Kysiak said, it’s important to maximize the amount of commercial space in new developments.

Diane Lequar of 1516 Hinman Ave. called the plan "thoughtful and thorough" but said the height bonuses proposed in return for public benefits should be more tightly restricted. 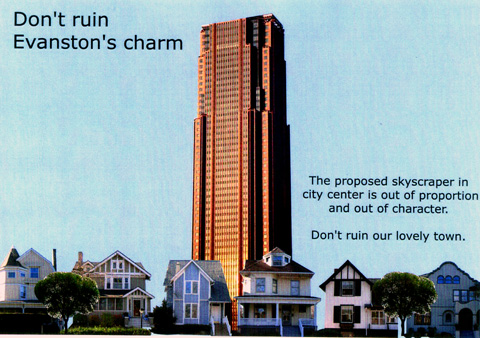 Height foes distributed this flier at the meeting.

The Plan Commissioners are now scheduled to develop their recommendation about the Downtown Plan at a special meeting at 7 p.m. on Wednesday, Dec. 19. After that, the plan goes to the City Council’s Planning and Development Committee.