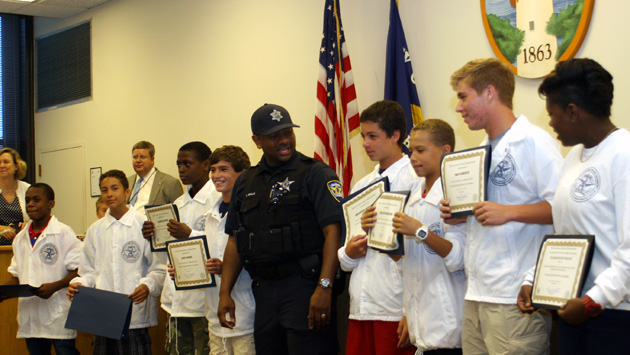 Two versions of an ordinance to approve the project are up for discussion. One is as recommended by the Plan Commission and Zoning Board of Appeals. Another, requested by Mayor Elizabeth Tisdahl, would require that at least 10 percent of the units in the project be reserved at affordable housing. 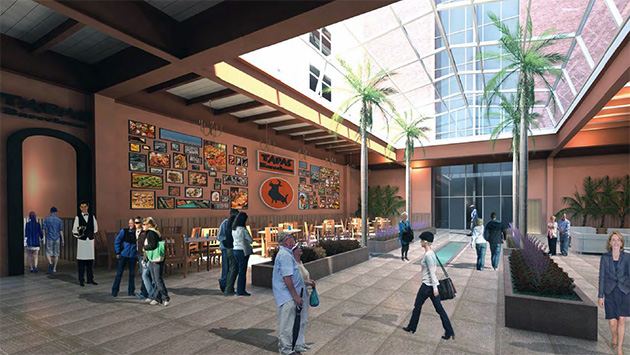 The planned winter garden area in the proposed new addition to the North Shore.

The property, formerly known as the North Shore Retirement Hotel, would have 65 units in the new addition. The existing buiding would be reconfigured to reduce the number of units there from 185 to 140.

Architect John Myefski says the building, when originally constructed had about 350 hotel rooms.

Alderman Jane Grover, 7th Ward, asks about the affordable housing requirement — staffer says similar requirement was imposed on The Reserve at 1790 Ridge and The Sienna project on Ridge and something somewhat related was done with The Mather development.

Alderman Judy Fiske, 1st Ward, says believes everyone is happy and on board with the project. Says affordable housing came up only late in the process. Says it may cause a hardship on the developer. Says a lot of the other projects that had the affordable setasides were also looking for major zoning relief — which the project is not.

Alderman Ann Rainey, 8th Ward, says doesn't believe it was ever the intent to require a 10 percent set aside in an independent living facility. Says she doesn't support that at all. Says have several affordable senior buildings in town already.

Owner Jeff Michael says this is the first project they've done in the senior market. Says believes that the affordable component will play itself out because of the nature of the market they're appealing to.

Alderman Melissa Wynne, 3rd Ward, says other projects that were required to have affordable housing were asking for major zoning benefits. So she doesn't favor the affordable requirement.

Rainey moves to introduce the version without the the affordable housing requirement.

Fiske says when have a set aside have to raise rents for everybody else — and a lot of the current residents were concerned about how much their costs would go up.

Michael says rents after the upgrade rents will range from $1,500 for a studio to $2,200 for a 2bedroom and includes two meals a day as well as access to the building's amenities.

Alderman Wilson says the affordable housing ordinance only applies to owner-occupied units. "We can't just make stuff up — it doesn't apply to this," Wilson said.

Rainey says the number of affordable housing units is not declining. But she says for a special use or planned development the council "can make things up."

Approved 6-1 without the affordable housing stipulation. Holmes votes no.