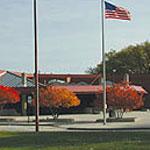 City staff is proposing that the aldermen award a $49,500 contract contract for a marketing and financial feasibility study to HVS Convenstion, Sports & Entertainment Facilities Consulting of Chicago.

In addition they're recommending approval of a $7,510 contract for phase one environmental site assessment to Environmental Protection Industries of South Holland. Based on the results of the phase one work, staff would also be authorized to negotiate an agreement with EPI for a phase two envinmental site study, if that turns out to be needed.

The city has been seeking for some time to find a private company to design, build, finance and operate a new Crown Center at Main Street and Dodge Avenue, near the existing site.

Aldermen voted earlier this year to authorize several studies to determine the market for such a facility and identify any environmental issues that might add to anticipated costs.

The two firms being recommended for the contracts were selected based on a request for proposals process.

Recreation program advocates have long decried the state of the Crown ice rink and related facilities and have argued that a larger, privately financed structure could better serve the communities needs without costing the city additional money.

Update 3 p.m. 3/29/11: Aldermen did approve both contracts Monday night after some discussion. Details here and here.