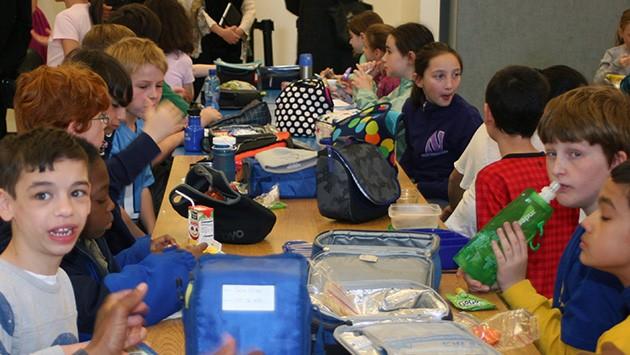 Evanston city officials are scrambling today to try to fill in gaps in food service and other needs for children affected by the decision, announced late yesterday, to close schools in the city.

Wilson says under the plan Evanston Township High School will continue to prepare food at the high school and District 65 will arrange to deliver the food to several community centers where it will be distributed by the city to students as boxed meals they can take home to eat.

Wilson says the food will be available at the Fleetwood-Jourdain Center, the Robert Crown Center and at Kamen Park and Mason Park.

Update 1:50 p.m.: A city press release this afternoon says the free, cold breakfasts and lunches will be served to youths ages 1 to 18 starting Monday and continuing through April 3. There will be no residency or income-based restrictions to participate in the program.

Both the breakfasts and lunches will be distributed from 11 a.m. to 1 p.m. Monday through Friday.

In a message shared by Alderman Ann Rainey, 8th Ward, late last night, Interim City Manager Erika Storlie said officials in District 65 and 202 and other North Shore districts decided to shut the schools “without input” from the city, the Illinois Department of Public Health or the governor’s office.

Storlie also called the decision “premature and not in alignment with the rest of the state.”

But she said city officials would hold a coordination call this morning regarding food service programs and otherwise would be planning what the city can do to help support the students until the scheduled reopening of schools on April 13.

District 65 Interim Superintendents Heidi Wennstrom and Phil Ehrhardt had said in a memo yesterday announcing the school shutdown that they were “working to collaborate with city officials and social service providers to seek solutions to provide food, support and care for students and families.”

Nearly 38% of District 65 students come from low income households that qualify for free or reduced price lunches at school.

Chicago public schools so far are remaining open, although the Archdiosese of Chicago has announced plans to close all its schools in Cook and Lake Counties starting Monday.

Illinois on Thursday became one of several states that have been granted a waiver by the U.S. Department of Agriculture to be able to provide food to students outside of a group setting in the event of school closures related to coronavirus precautions.