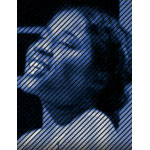 Winter audiences of the Theatre and Interpretation Center at Northwestern University’s Mainstage Season will be asked to ponder the true nature of beauty when they experience award-winning playwright Lydia Diamond’s powerful reworking of “The Bluest Eye.”

The play, adapted by Diamond for the stage from the acclaimed debut novel of the same name by Nobel Prize- and Pulitzer Prize-winning Toni Morrison, was commissioned in 2005 through the Steppenwolf for Young Adults and the New Plays Initiative.

“The Bluest Eye” will be performed from Jan. 27 to Feb. 5 at the Josephine Louis Theater, 20 Arts Circle Drive, on Northwestern’s Evanston campus. Performances are at 8 p.m. Thursday through Saturday and 2 p.m. Sunday.

Audience members will have the opportunity to take part in a post-show discussion with guest artists and Northwestern faculty and staff following each performance. Diamond will host the discussion following the Feb. 2 performance.

Directed by Rives Collins, a Northwestern theatre professor and the American Alliance for Theatre in Education immediate past president, “The Bluest Eye” is a poignant tale of the struggle to understand and embrace one’s own identity.

It examines the nature of beauty in the context of an African-American family in 1940s Ohio. It tells the story of a young girl who yearns for the blue eyes that she believes will make her beautiful and ease her hardships in school, her neighborhood and in her own home.

While the story takes place in the 1940s, the serious subject matter — race, class, self-esteem and violence against women — still remains relevant to today’s audiences.

“This is a play that helps us to perceive injustices that can do damage,” said Collins. “It’s a cautionary tale that shines light into dark places so that we might better understand them. Despite the serious subject matter, there also is a lightness to the play. It’s filled with themes that are important, but there’s a lot of sass and humor, both physical and verbal.”

“The Bluest Eye” received a Black Arts Alliance Image Award for Best New Play at Steppenwolf Theatre and went on to premiere off-Broadway at the New Victory Theater in New York. Diamond’s new play “Stick Fly” is currently being produced by Alicia Keys and directed by Kenny Leon on Broadway.

Due to the play’s mature content, “The Bluest Eye” is recommended for audiences aged 13 and older.

Single tickets are $10 to $25; tickets for groups of eight or more are $8 to $22 each; $5 tickets are available exclusively to Northwestern students with valid IDs on advance ticket purchases only. Tickets may be purchased through the TIC Box Office at (847) 491-7282 or online.