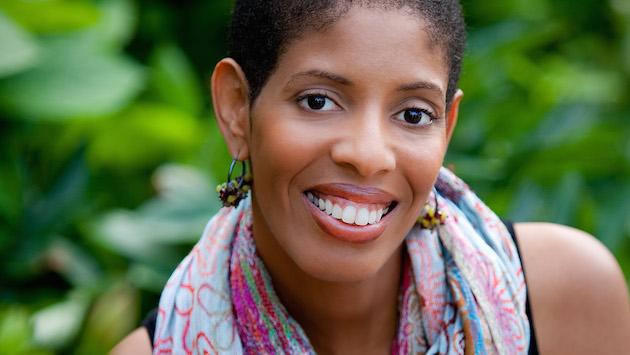 Lydia Diamond is a nationally renowned playwright who got her start in Evanston. She graduated from Northwestern and was trained at Chicago Dramatists. Her play, “Stick Fly,” was then picked up by Congo Square Theatre, and skyrocketed her to a national market.

Hers is the success story of a voice born out of Chicago’s unique environment, its incubator for talent. Diamond’s “Stick Fly” has recently returned to Chicago from Broadway, where it was produced by Alicia Keys. The play is currently running at the new Windy City Playhouse on Irving Park.

Lydia spoke with Evanston Now about her recent exposure and her rise from Northwestern.

When did you graduate from Northwestern?

I graduated from Northwestern in 1991, and stayed in Evanston for years. About 12 years ago we moved to Boston, and now we’ve been back.

How have you changed since leaving Northwestern?

As a writer, the only difference is that I have more of a national presence; I travel a lot more. Chicago Dramatists was the first theatre that mentored me. It’s a great place that I recommend writers check out. It offers really nice support for playwrights.

How would you describe your style and your work?

I write about race and class and gender in America. Our collective unwillingness to talk about these things, our denial, shame, anger, and angst fascinate me. Whenever I am shocked or confounded or amused or hurt or feel marginalized or empowered, I think it belongs in a play. I want audiences to feel satisfied…to have been entertained, be it through laughter and/or heartache or fear or grief.  (Though laughter feels very important to me even in the darkest of plays.)

In a sentence, what is “Stick Fly” about?

"Stick Fly" is a comedy/drama about a family who has returned to their parents' home on Martha's Vineyard for a summer weekend…laughter ensues, tears are shed, and secrets are revealed.

Was "Stick Fly" at Congo Square your first production?

Oh no- I had been self-producing since graduation from Northwestern. I had my own little theatre company.

How has “Stick Fly” evolved since it opened at Congo Square nine years ago?

I finished the play because of Congo Square’s interest. It was a lovely thing for me. I’ve stayed in touch with them and I was very grateful, otherwise it never would have made it to Broadway. Eric Sanders saw a reading at Chicago Dramatists and committed to doing it the next year…the Chicago reach is wide.

What are you working on right now — a TV Series…?

I’m working on a couple of commissions- finishing up a play about the first woman who played baseball in the Negro League. That’s a commission with Arena Stage and Roundabout Theatre. I’m also writing for a series with HBO that will either go or it won’t.

What’s it like being back in the area after the success of your work on Broadway?

What's great about Chicago is that both professionally and personally I have had the room to come back from my Broadway experience pretty much the same person I was when I left. Our town is so about the work that we haven't much time for over-flattery, or jealousy, or what have you. I have enjoyed being back in the rehearsal room, and more and more integrated into the community I left twelve years ago. It's the same great group of talented, hard working artists, who expect nothing less from me. (And of course the shiny new un-jaded artists… what would we do without them?)

What advice would you give to aspiring young writers?