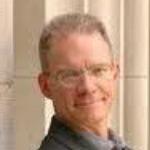 The Evanston Public Library Tuesday announced the winners of the 36th Annual Jo-Anne Hirshfield Memorial Poetry Awards and said the winners have been invited to read their poems, along with Illinois poet laureate Kevin Stein, at the award ceremony in May.

Stein, the state’s fourth poet laureate and author of eight poetry collections, was the judge of the competition. The ceremony, to be held May 4 at 2 p.m. at the library, is free and open to the public.

Honorable Mentions in this category went to: Diane dos Santos of Evanston for "Giraffes and Other Animals Falling," to Victoria Raphael of Evanston for "Putting Her Dignity On," to Alfred D. Klinger of Chicago for "Open Up to Love," and to Cele Bona of Gurnee for "in the blank time."

Emma Rosengarten of Evanston Township High School has won First Prize in the High School category for her poem "the light that isn't orange." Balen Maciel, a student at Buffalo Grove High School, won Second Prize for the poem "Purple Pineapples" and Third Prize goes to Laurianne Pene of ETHS for her work entitled, "I Am the New Ginger."

The elementary and middle school categories are open only to Evanston school students. Miriam Berne of Nichols Middle School won First Prize for her poem "Drugs in Reality." Second Prize belongs to Max Newman of Haven Middle School for his work entitled "Spit," and Third Prize was awarded to Teddy Lambert, also a Haven student for his poem, "What It's Like to be Jewish."

Honorable mentions were awarded to these Middle School entrants: JJ Shankar for his poem "Chennai," Joe Blanchard of Haven Middle School for "Dance!", Christie Lamothe also of Haven, for "Where I'm From," Maya Mahoney, Haven as well, for her poem "The Yearbook." Honorable Mention also goes to Nina Kaushikkar of Baker Demonstration School for her poem "The Passing of Time."