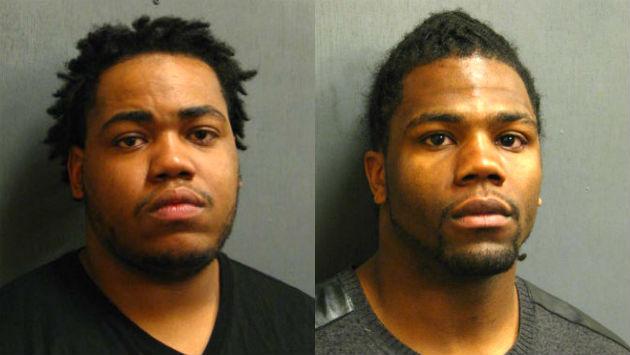 Evanston police say officers on patrol about 12:15 Sunday morning spotted two men sitting in a parked car in the 1700 block of Emerson Street and noticed one of them was drinking from a bottle of alcohol.

When officers approached the vehicle, they say they also noticed an odor of unburned cannabis wafting from the car.

When they searched the car, Police Cmdr. Joseph Dugan says, the officers found a loaded Colt .357 revolver under the front passenger seat.

The driver of the car, Antonio D. Sanders, 24, of 1423 Darrow Ave., now has been charged with unlawful possession of cannabis and not having a valid drivers license.

The passenger, Rodshawn B. Ruffin, 24, of 1175 Higgins Quarters Drive in Hoffman Estates, now is charged with aggravated unlawful use of a weapon, possession of a firearm and ammuniaton without a firearm owner's identification card and consuming alcohol in a vehicle parked on public property.