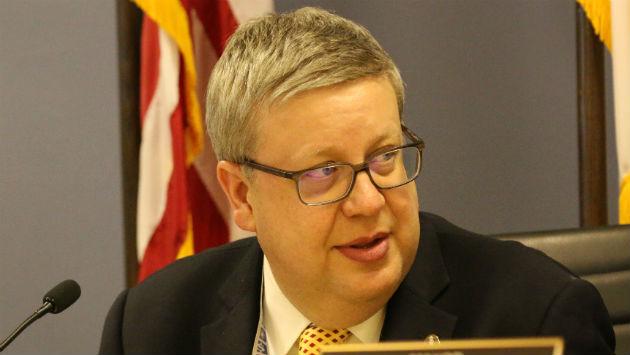 Aldermen raised no objections Monday night to the city manager’s plans to conduct a budgetary review of the Police Department in hopes of finding cost savings that could help eliminate a projected budget deficit next year.

Asked at the Human Services Committee meeting why only a portion of the review was proposed to be done by an outside consultant, Bobkiewicz said it was a money issue. The $25,000 budgeted for the consultant’s work wouldn’t pay for a study of the entire operation of the 220-member department.

That, Bobkiewicz suggested, would likely cost ten times as much.

Bobkiewicz suggested that some community service functions now handled by sworn officers might be transferred to paraprofessionals who would cost less.

He said he also plans a review of the department’s overtime costs, and said the city now is not fully reimbursed for police costs from special events at Northwestern University.

In the patrol division, Bobkiewicz suggested exploring shifting from a command structure based around three daily shifts to a geographic model that would divide the city into three regions for patrol supervision, regardless of time of day.

“This is not something we want to do,” Bobkiewicz said — adding that the Police Department has been providing outstanding service.

“But the reality is that if were going to make a significant impact on the budget and our ability to raise revenue is limited, we can’t ignore fire and police costs.”

Police Chief Richard Eddington said the minimum patrol staffing is 10 officers during the day, 13 on the afternoon-evening shift and 12 on the overnight shift.

He said the department has reduced overtime costs by shifting officers from specialized units to back fill for patrol officers who are out sick. But that works better on some shifts than others. “There’s not a lot of specialized units on duty on the midnight shift,” he added.

Eddington said some Evanston officers are periodically assigned to work assignments with the North Regional Major Crimes Task Force, which serves 13 communities in northern Illinois. “But 75 percent of NORTAF callouts have been for Evanston cases,” he added.

Bobkiewicz said the report from the yet-to-be-hired consultant is expected to be ready by September.

Plans for reviewing the Fire Department’s operations are scheduled to be on the agenda for a City Council meeting on June 18.