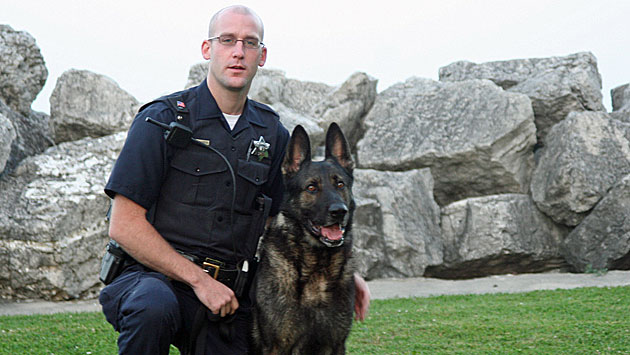 The German Shepard known as Jack is retiring from the Evanston police force.

Evanston alderman this week voted to sell the K-9 dog, acquired and trained with a $60,000 contribution from an anonymous donor in 2006, to the dog's handler, Police Officer Ted Schienbein.

Police Chief Richard Eddington told aldermen that Jack, now 8-years-old, suffered a serious infection last fall, and that while he's recovered somewhat, he no longer has the stamina to be a work dog.

The contract for the transfer of ownership of the dog calls for Schienbein to pay $1 to the city for Jack and take on all future responsibility for his care.

City bills lists show that the illness that led to Jack's retirement cost more than $3,000 in veterinary costs to treat.

When aldermen approved setting up the K-9 program in 2006, then alderman Edmund Moran, 6th Ward, criticized the decision, saying that while the initial acquisition of the dog was covered by the donation, it would cost the city as much as $120,000 a year to operate the program.

Chief Eddington says the department will be looking for a new K-9 dog.