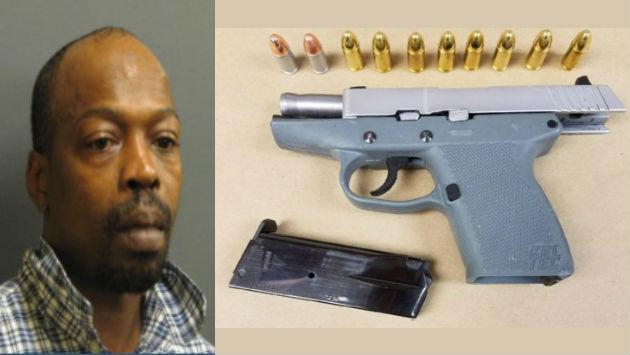 Evanston police say officers making a traffic stop late Friday night in the 700 block of Dodge Avenue ended up recovering a Kel-Tec 9mm handgun from a 47-year-old Rockford man who was passenger in the car.

Police Cmdr. Joseph Dugan says officers noticed an open container of alcohol in the car when they approached it about 11:17 p.m. and the passenger, Douglas Price, when asked to step out of the car, ran off instead.

Dugan says that as an officer chased the Price in the 800 block of Dodge Price reached into has waistband and the officer responded by deploying his taser.

Dugan says Price then fell to the ground and tried to toss his handgun under a parked car.

Price now faces a felony charge of unlawful use of a weapon by a felon.