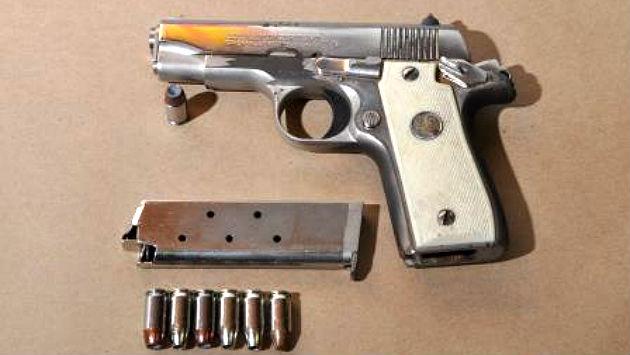 A 16-year-old youth from Des Plaines is facing felony firearms charges after a traffic stop Monday night on Emerson Street in Evanston.

Police Cmdr. Joseph Dugan says detectives from the tactical unit spotted a car traveling eastbound in the wrong lane of traffic in the 1900 block of Emerson about 7:46 p.m.

When officers stopped the car in the 1300 block of Emerson. they saw the front seat passenger reach under the seat, Dugan says, and noticed an odor of fresh cannabis coming from inside the car.

Asked about the smell, the front seat passenger handed over a small clear plastic baggie containing the drug.

After the youth got out of the car, a detective found a loaded Colt .380 caliber handgun with the serial number partially obliterated in the youth’s pant leg.

The 16-year-old now has been charged with aggravated unlawful use of a wapon and defacing the serial number of a firearm — both felonies — and a misdemeanor drug charge. He’s been transported to the Cook County Juvenile Detention Center in Chicago.

The driver of the car, an 18-year-old male from Des Plaines, was issued two traffic citations and released. Three rear-seat passengers were released without charges.