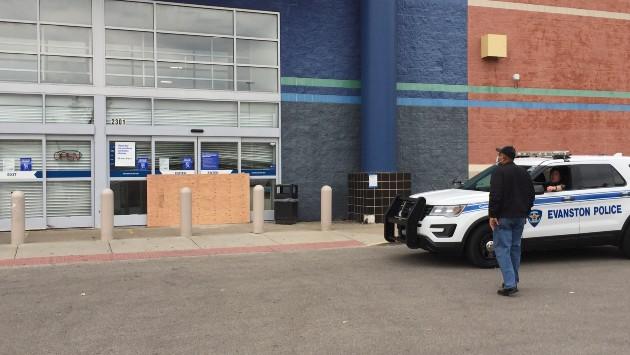 Evanston police say they’ve stepped up patrols in the city’s business districts today in the wake of looting incidents at two stores overnight.

Cmdr. Brian Henry says all detectives and units that normally work in plain clothes are working in uniform today to beef up visible coverage of the business districts.

He says seven people were taken into custody at the Best Buy store at 2301 Howard St. after a large crowd of looters broke into the shuttered store about 7 p.m. Detectives are still investigating that incident, he says, charges have not yet been filed against those arrested.

No one was arrested at the Walgreens at 2000 Green Bay Road, where what witnesses said were eight to 10 youths broke in an hour later but fled before police arrived.

Henry said police have not received any reports of possible new threats to businesses, but noted that the incidents here and in other communities in recent days appear to have mostly occurred in the early evening, around dusk.

He says police hope to learn more about the scope of the Sunday night incidents once store officials arrive and police have been able to review surveillance camera footage.

He says officials from both companies declined to come out during the night because of safety concerns.

Henry also noted that the protest rally Sunday afternoon in Evanston had played out without incident. “The rally yesterday was great,” Henry said, “Lots of people and no problems.”