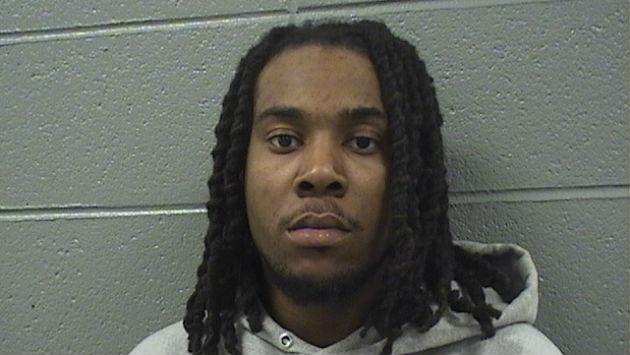 A Waukegan man was due in court today on charges of having 32 pounds of ebible cannabis items in his car when he was stopped for a traffic violation in Evanston over the weekend.

Police Cmdr. Ryan Glew says that at 5:48 p.m. Saturday an officer saw a rented gray Hyundai fail to stop for the stop sign at Wesley Avenue and Lake Street.

After the car again failed to stop at Wesley and Grove, the officer pulled the car over in the 1500 block of Wesley Avenue.

Glew says when the officer approached the car he noticed an odor of cannabis and called for the police dog, who indicated there were narcotics in the car.

The officers also recovered $795 from the driver, Fredo Demaret, 24, of the 500 block of Douglas Avenue in Waukegan.

Demaret was arrested, transported to the station and charged with felony possession of and possession with intent to deliver more than 5,000 grams of a substance containing cannabis, as well as two traffic citations.

Glew says the edible cannabis was in the form of gummy bears, candy infused with THC.

A passenger in the car was not charged.

Pending today’s court hearing Demaret was being held without bond at the Cook County Jail.