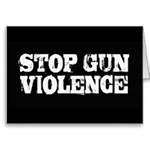 If the tip leads to recoveriy of a firearm and police are able to make an arrest, the anonymous tipster will receive a cash reward.

The department has used text-a-tip to help clear unsolved crimes for the past two years.

To use the program for illegal guns, from the text messaging function on a cellular phone:

The alias code provided allows police to have the tipster remain anonymous and if the tip becomes successful with a gun recovery and arrest, this code will allow for the $100.00 reward. Detectives will contact the tipster via text once an arrest is made to arrange for payment and to protect the anonymity of the tipster.

Tipsters should know that an independent third party provider initially receives the texts and does not provide any identifying information from the tipster to the police department.

Only the alias code is provided to allow back and forth communication via texting if desired by the tipster and police.

The tipster can cancel any two-way texting with the police department by texting the word “STOP” to 274637 (CRIMES). This will block any further communication — but it also prevents payment for a successful tip.

The text-a-tip program works 24 hours a day seven days a week. Tips are monitored by the Emergency Communications Center at the police department.

Information about emergency situations — such as a person in the process of using a firearm against another person — should be called to 911 instead. Callers can also remain anonymous when using 911.