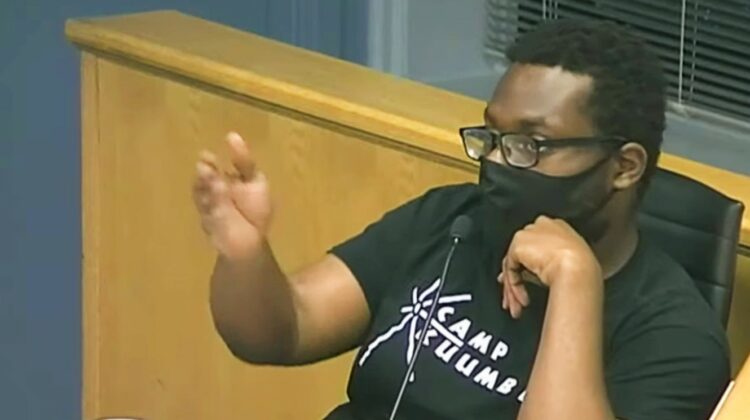 Some 3,000 Evanston residents who’ve received a weekly email update about what happens at police deployment meetings won’t be getting it any more after some city council members complained about the newsletter at a Human Services Committee meeting.

Picking up on a claim during public comment by long-time police critic Karen Courtright that the newsletter contained biased language, Ald. Devon Reid (8th) said he believed there was “biased reporting” in the newsletter.

The newsletter, which has been written since its inception by Linda Hansen, an Evanston resident who owns the local marketing firm Wild Crow Communications, was launched several years ago by then Police Chief Richard Eddington.

Hansen attends the Wednesday meetings at which police leaders discuss crime trends and their deployment strategies and then prepares the newsletter, which is edited by a member of the department’s command staff to make sure it doesn’t contain any confidential information.

Ald. Cicely Fleming (9th) said she’d prefer to see a police officer “do a summary that’s very cut and dried” rather than the more conversational approach used by Hansen.

Ald. Bobby Burns (5th) said metrics on the newsletter’s performance provided by Cmdr. Jason Garner indicated that it is effectively engaging the audience and that it “successfully informs people in the way they would like to see.”

Ald. Eleanor Revelle (7th) said, “I think the concept of this newsletter is a good one. It does seem as though residents appreciate receiving this kind of information. And residents can submit questions, so it’s an engaging piece.”

Reid suggested that “bona fide media organizations” like the Daily Northwestern should be allowed to participate in the meetings.

But Burns responded that journalists would be unlikely to be willing to agree to the prior review by police command staff that’s required for the newsletter.

And Fleming said she would not support having a reporter writing the newsletter and having access to potentially confidential information.

For a brief period last year, interim Police Chief Aretha Barnes said, then Chief Demitrous Cook had let other members of the public attend deployment meetings, but security concerns brought that to a halt.

Cmdr. Garner told Evanston Now on Monday that following last Tuesday’s HSC meeting he and Chief Barnes had decided to put the newsletter project on an indefinite hiatus.

Hansen, the author of the newsletter, who was paid $110 a week for her work, says that when she learned of that decision late last week she decided to withdraw from the project completely.