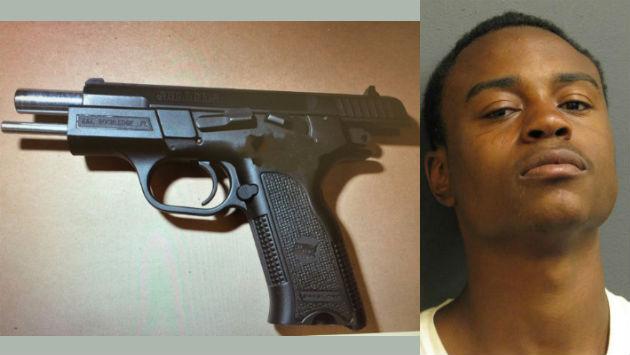 When officers approached the group, Dugan says, 18-year-old Dijon N. Caffie, of 7439 N. Damen in Chicago, fled northbound on foot. An officer pursuing him on foot says he saw Caffie reach into his waistband and bend over as he was running.

Dugan says the officer caught up with Caffie in the 2300 block of Foster Street where Caffie turned and squared up with officer, causing the officer to draw his Taser and give him verbal commands to stop.

When Caffie did not comply, Dugan says, the officer deployed his Taser, which had an immediate affect on Caffie and the officer was able to take him into custody.

Police later found a loaded Sar Arms 9mm handgun in the area where the officer saw Caffie reach into his waistband and bend over.

Caffie has been charged with city ordinance violations and resisting a peace officer. The recovered handgun was sent to the crime laboratory for further analysis.

Shortly before 7 p.m. Wednesday members of the tactical unit conducted a traffic stop on a vehicle occupied by four individuals in the 1800 block of Dodge Avenue.

Dugan says that during the course of the stop, a 16-year-old Evanston resident riding in the back seat of the car got out and dropped a loaded Para-Ordinance .45 caliber handgun on the ground. 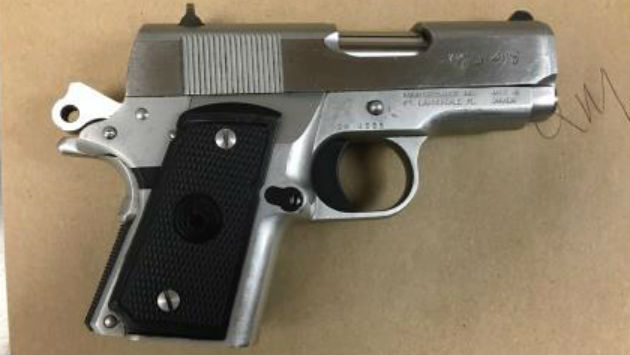 The gun police say the 16-year-old was carrying.

He was taken into custody and has been charged with unlawful use of a weapon and other violations and has been transferred to the Cook County Juvenile Detention Center.