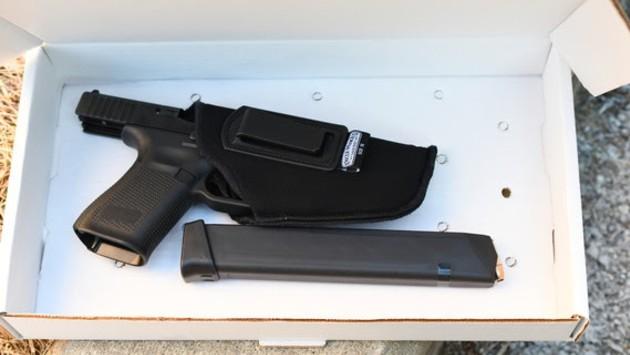 A Chicago man is facing weapons charges after Evanston police took him into custody in connection with what police describe as a road rage incident on Sheridan Road in Chicago.

Cmdr. Brian Henry says Adelle Spraags, 44, of West 112th Place in Chicago was described by witnesses as waving a gun out the window of his grey Jeep Charokee as he drove north on Sheridan about 7:30 a.m. Thursday.

Evanston officers later located Spraags and his car in the east alley of 820 Foster St.

Henry says Spraags admitted to having a handcun in his secured glove box. He signed a consent to search form and officers recovered a Glock 9mm handgun and an extended magazine.

Henry says Spraags was arrested and transported to the station where officers confirmed that he had a valid firearm owners identification card but did not have a concealed carry license.

He was charged with felony aggravated unlawful use of a weapon and misdemeanor aggravated assault with a firearm.

He’s currently out on bond and is due in court in Skokie on March 30.