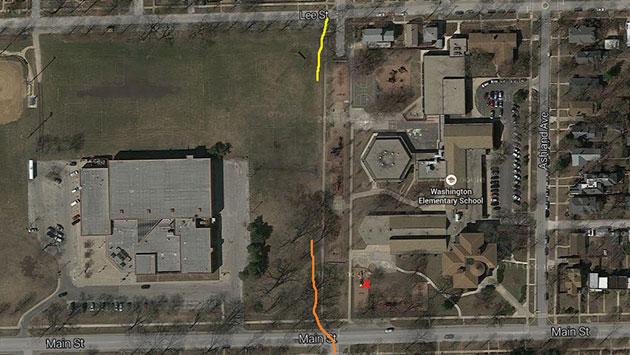 Evanston police captured an armed robbery suspect Tuesday afternoon, but the sight of a half-dozen squad cars racing across a playing field adjacent to Washington School in an effort to capture the suspect left at least one parent with doubts about the tactic.

Police Cmdr. Jay Parrott says that just before 5 p.m. police were called to Dewey Avenue and Greenwood Street where a youth reported that another juvenile had flashed a gun and stolen his bicycle and iPhone.

The robber also allegedly struck the victim several times on the head with the gun before fleeing on the victim's bicycle.

Parrott says police spotted the suspect in the vicinity of Dewey Avenue and Crain Street, gave chase and managed to capture him at Florence Avenue and Madison Street, nearly a mile south of the robbery scene.

He says police recovered what turned out to be a starter pistol and items taken in the robbery and that the suspect, a 15-year-old Evanston resident, was positively identified as the robber.

The youth in custody has been charged with aggravated robbery.

The parent, who asked to not be identified in this story, said about 30 to 35 children were on the playground when the police cars came through — near a pathway that links two sections of Florence Avenue — one north of Lee Street, the other south of Main Street.

He says that after entering on the sidewalk at Lee, the police cars went onto the grass at the east end of Robert Crown Park and sped south toward Main, even though other police cars were in pursuit using the streets.

Cmdr. Parrott said that "officers are very careful when they do have to maneuver off a roadway."

"But at the time we didn't know it wasn't a real gun, and we had concerns for the safety of the kids on the playground with an armed robber on the loose," he said.

"There's always going to be risk — even driving down the street carries risk — but we try to minimize it as best we can," Parrott added.

"We try to go in the direction the offender fled in by the most direct route that's prudent. If we lose sight of him, or he decides to hide the weapon, that creates problems in making the arrest and recovering evidence.

"And if the robber had had a real handgun and had dropped it on the playground and a child had picked it up — that risk has to be weighed against the risk of the police cars driving across the field."