The Evanston Police Department issued a warning Thursday to the community about an organization that wants to put your house numbers on the curb.

The group, which has been distributing flyers headlined “Operation Safe Home,” is not sponsored by the city “and we have been unable to locate or authenticate the source of the flyer,” the warning stated.

“Due to the possibility of falling victim to a scam, the police department is requesting that residents not agree to have any work performed by an unauthorized or unsubstantiated organization,” police said.

The warning stated that the flyers are purported to be from an organization that is placing house addresses on the curb in exchange for $20 that would be collected by a service representative at a later date.

The police requested that residents call the department at (847) 866-5000 if they encounter individuals involved in this activity. 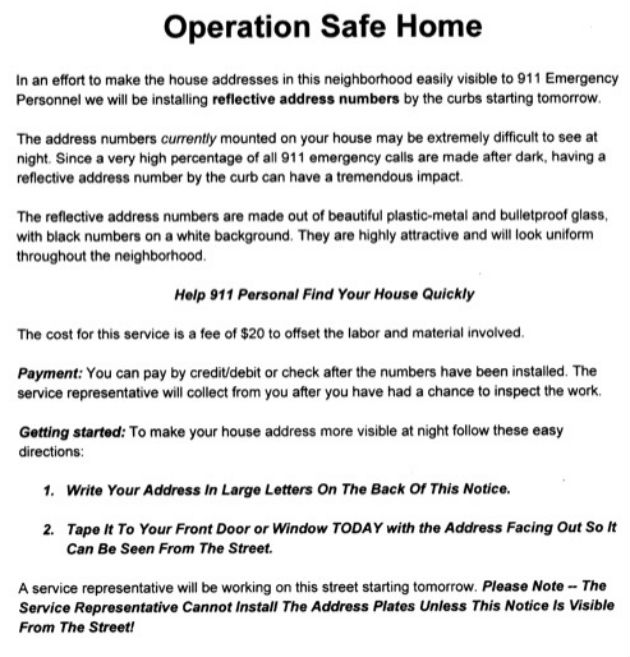 A flier promoting what police say is a phony house number safety scheme.

The city code requires the display of house numbers — but on front of the building — not at the curb.