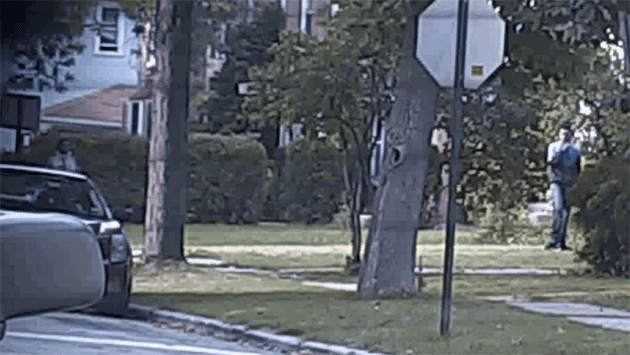 Evanston police say they're seeking the public's help to identify two suspects involved in the apparently gang-related shooting of a 17-year-old youth in the 1800 block of Hartrey Avenue earlier this month.

Police have obtained video surveillance footage of the offenders and say they have identfied persons of interest in the incident, which happened about 5:15 p.m. on Sunday, Aug. 10.

But Police Cmdr. Jay Parrott says witnesses and the victim are currently uncooperative with attempts by police to hold the criminals accountable. He said he hopes that after seeing the video a cooperative witness will come forward and work with police to bring criminal charges against the responsible parties.

Parrott says the police department is dedicated to making Evanston safer by making every attempt within the guidelines of the law to apprehend and criminally charge persons involved in acts of violence, particularly incidents that involve gunfire and acts of gang violence.

But lack of cooperative witnesses and victims ties the hands of law enforcement and prosecutors when it comes to appropriately filing criminal charges, he said. Community members who witness criminal activity and who help solve crime, not only make a community safer from future acts of violence but also send a message that this type of behavior is not tolerated.

Anyone with information regarding this shooting is asked to call the Evanston Police Department at 847-866-5000. Text-a-Tip can also be used by texting to CRIMES (274637) and placing EPDTIP in the message line with the anonymous information.

Although the police department prefers information to not be anonymous in a case of this type, anonymous tips are always accepted and can lead to further investigative information which may allow for criminal charges in an investigation.