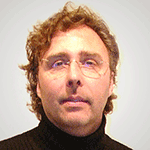 Evanston police are asking for the public's help in locating a missing Evanston man whose car was found at O'Hare Airport.

Parrott says there's no indication of foul play in the disappearance, but that Tomaszewsky suffers from a medical condition that raises concern he may wish to harm himself.

While his car has been located at the airport, no other information regarding his whereabouts has been discovered.

Tomaszewsky is described as a white male, 55-year-old, 6-foot-2-inches tall, with brown hair and blue eyes.

Anyone with information on his whereabouts is asked to call the Evanston Police Department at 847-866-5000 and ask for the detective bureau.